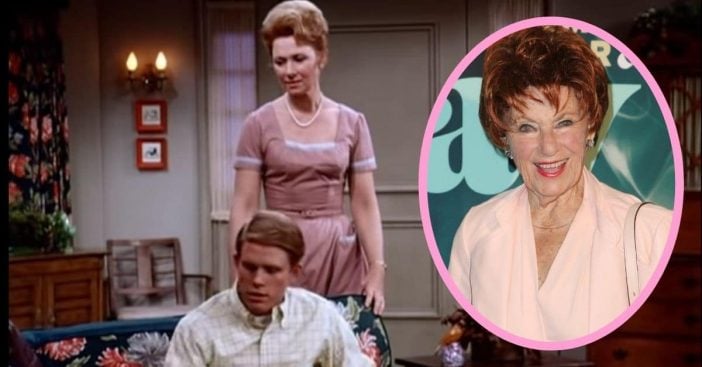 For 11 seasons, American viewers knew Marion Ross as Marion Cunningham. On Happy Days, she represented something of a typical housewife for the time. Ross perfectly navigated the fine line between stereotypical housewife and distressed independent woman with ambitions of her own.

What happened to Ross after the immense success of Happy Days? Finding fortune in a popular sitcom can be a double-edged sword. Did she run into problems others did in the industry? Yes and no. She set herself up for a good career early on and dreamed big from the beginning. She started studying drama at the MacPhail Center for Music halfway through high school. As a teenager, she already had such big ambitions, she changed the spelling of her name from Marian to Marion. Her reason? Marion would look better in big bold letters emblazoned on a marquee.

Marion Ross was on her way to happier days

As an actress, Marion Ross boasts a career that spans six decades. A fair amount started before Happy Days, but Ross admits the sitcom helped turn things around for her. Before becoming a household name, she says she went through a “terrible life phase.” She contended first with the difficulties of actually breaking into life as an actor. During her college years, she already knew as much. When asked by a hiker if acting was hard to get into, she explained, “Yes. Very hard. And I just don’t know what is ever going to happen to the poor others who are trying to make it.”

Fortunately, she did make it in, but after a period of numerous appearances, Marion Ross fell on a period of inactivity. Exacerbating this stress was a divorce. She and then-husband Freeman Meskimen split in 1969 after 18 years of marriage. The couple had two kids together and after the divorce, Marion Ross found herself a single mother with reduced work, bills to pay, and children to take care of. At that time, she was in her forties, a difficult age for women to get work in acting. Lucille Ball would break down that barrier in time, but shaking off decades of prejudice doesn’t happen overnight everywhere.

How much is Marion Ross worth?

It would be understandable to completely alter course and find a stable job wherever it might crop up. ““I’d think, ‘I made $35 today.’ It was hard,” she admitted. However, Ross knew where her passions lied and stuck with them. This ended up to her benefit. She trickled her way back into roles of small relevance and then a chance dinner with actress Sandra Gould and casting agent Millie Gussie. She was deemed perfect for a role with Ron Howard in a budding project; at the time, the role was small, but Ross knew to accept what was offered. And so she found herself in Happy Days.

Celebrity Net Worth places her at about $10 million. That’s a huge turnaround for a struggling single mom with limited work. However, she almost did not get everything that was owed to her. She joined four other Happy Days stars in filing a breach-of-contract lawsuit. The total sum of the lawsuit amounted to $10 million, but each actor received $65,000 from CBS. This move came based on persistent claims the network did not honor their contracts appropriately. Ross was a major spark in this suit after a friend mentioned playing a Happy Days-themed slot machine; the actors were supposed to get a certain amount when their images were used separately and together.

Ross came a long way from her ambitious start, rocky middle ground, to stable aftermath. She appeared in numerous titles after Happy Days, from films to more TV shows. If she isn’t directly seen, Marion Ross can be heard, as she’s also done voice acting for titles like SpongeBob Squarepants and King of the Hill.

As of 2018, however, Ross is retired. The announcement marked a blanket end to her work as an actress. When asked by The New York Post if anything could get her back, Ross said no. “I don’t care. I truly don’t care. Isn’t that nice?” she mused. “I was so driven at a young age when I was 13 or 14 in Minnesota, and I did what I wanted to do.” She spends those retired days in Cardiff by the Sea, in California. Back in 2011 she served as grand marshal for the Cardiff Centennial Celebrations and now can look at her legacy with pride as her adult children also flourish in the industry too.

"Happy Days" star Marion Ross returns to southern Minnesota hometown of Albert Lea, taking a curtain call with the unveiling of a statue of her. https://t.co/ZyUkFxAVfK

Ross, a native of Minnesota, may have retired from acting, but fans still honor her immense contributions to entertainment and as an inspiring part of many people’s formative years. Her native Minnesota spent much of this summer celebrating Ross with major tributes. Much of Ross’s own early years were spent in the city of Alberta Lea. This past May, that very city announced that a portion of Waters Street would be renamed Marion Ross Street.

Additionally, the city then erected a life-sized bronze statue modeled after Ross that now stands in front of the local performing arts center. The statue is the result of raising $100,000 in donations; some funds came from Henry Winkler and Ron Howard themselves. As someone who has friends in Alberta Lea, Ross admitted to feeling overwhelmed by the honorary gesture.

Ross will turn 93 in October 2021 and remains formally retired but she stays active with her peers, even the ones she briefly worked with. Back in the first season of The Brady Bunch, in the episode “Is There a Doctor in the House?” Ross actually played the titular doctor to treat the girls’ measles. Susan Olsen remembered her colleague and shared a photo of the two of them together back in August. The caption advised, “Watch us on Josh Gates Tonight on Discovery Plus,” and Ross herself offered a pair of hearts in response.