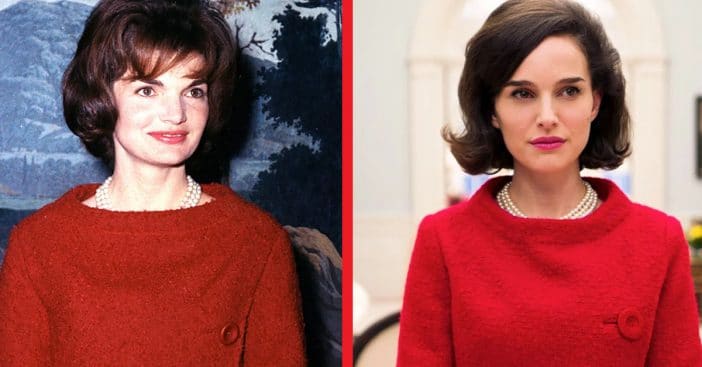 Casting someone to play a person who really existed comes with a lot of variables to consider. The actor needs range and skill to capture this person’s deep, fascinating life. But it also helps to have them resemble that person, at least somewhat.

Through a mix of natural resemblance, makeup, effects, and sheer passion, some actors do really capture their muse well. So much so, the role seems almost made for them. Other times, it’s easy to see the thespian beneath the role. Here are ten side-by-side images of actors and the real-life people they once played.

No role gave an actor such a tall order quite like the role of Judy Garland, taken on by Renée Zellweger. Viewers saw the transformation’s results in Judy (2019). This powerful movie pulled the curtain back on Judy Garland’s life when she left Oz and returned to Kansas.

RELATED: 11 Actors Who Were Handsome Hunks As Young Men

The film stunned many but did not get support from Garland’s blood relatives. But by looks alone, Zellweger did manage to visually become Judy Garland with a resemblance that can’t be beaten.

The real Freddie Mercury made a massive impact in his too-short life, which ended at the age of 45 from AIDS-related complications. But today, we can still enjoy his music and hear his story.

This becomes especially possible thanks to actors like Rami Malek who managed to completely transform into the late Queen icon. Armed with the famous mustache and accessories, Malek put forth a praiseworthy performance in Bohemian Rhapsody. The makeup department deserves praise, too, for setting Malek up with a clip-on set of teeth to complete the look.

Throw on a suit and comforting red sweater, and Tom Hanks becomes Fred Rogers, the nicest man in history, in the blink of an eye. The resemblance holds strong in 2019’s A Beautiful Day in the Neighborhood. In the case of Tom Hanks, he might have an advantage, since he and Mr. Rogers are related.

The movie drew thoughtful discussion from audiences. Some noted the unique look at the life behind this caring man, and others noted what was true and false.

Joaquin Phoenix knows how to dive into a role, and playing Johnny Cash was no exception

Fans of comic book movies got their latest dose of Joaquin Phoenix’s skill when he was in Joker, playing the titular nemesis to Batman. 2019 was the year for profound screen performances and Phoenix certainly delivered that.

But before playing the Joker, Phoenix had another big role to fill: that of Johnny Cash. Though Cash gained lasting renown, he faced a lot of personal struggles that Phoenix had to navigate for Walk the Line (2005). All the while, he had to resemble Cash enough that audiences did not get pulled from the performance. Fortunately, he managed both.

A skilled actor like Anthony Hopkins might not have even needed to resemble his muse to earn respect when he played Pope Benedict XVI in Two Popes. But he actually did, rather well, too.

Us Magazine notes the star power behind this movie, seeing Hopkins act alongside Jonathan Pryce, who played Pope Francis.