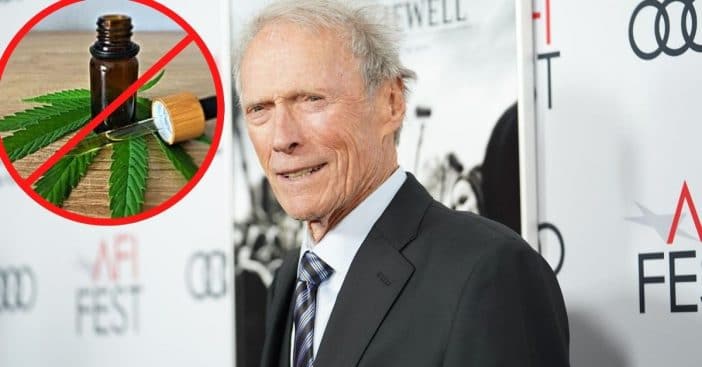 Many people gravitate towards things that get a celebrity thumbs-up. Retailers know this and always hope to get a big mention from a big name. CBD manufacturers did not get a word of approval from Clint Eastwood. But they claimed otherwise. Now, he’s suing.

On Wednesday, Eastwood launched lawsuits against three manufacturers for defamation and another 10 for misleading information. Each made online claims that he had endorsed their particular CBD products. Eastwood wants damage reparations and for courts to make the companies surrender their profits.

As of this week, Clint Eastwood has two lawsuits going against three CBD manufacturers. One lawsuit targets all three: Greendios, For Our Vets LLC, and Sera Labs Inc. The lawsuit accuses them all of defamation. The lawsuit, according to The New York Times, states that the companies wrote false news stories that claimed Eastwood endorsed their products. Additionally, the stories also reportedly said he was leaving filmmaking to focus on CBD-related business.

Eastwood filed another lawsuit with the Los Angeles federal court. Once again, it targets people wanting to associate him with CBD – and vice versa. Instead, court documents insist, “Mr. Eastwood has no connection of any kind whatsoever to any CBD products and never gave such an interview.”

Programmers are getting crafty

According to Clint Eastwood’s representative, Michael Sitrick, Eastwood has no particular opinion about the CBD industry and the oil’s use either way. But crafty programmers might be working to make people think otherwise. Another lawsuit targets 10 other companies and claims that programmers managed to manipulate searches.

In particular, the suit claims, they made it so when people search for CBD products, they may also see search results for Clint Eastwood. That would, in turn, make people think he is associated with the hemp-based oil. Other celebrities, including Tom Hanks, also got caught up in this inaccurate advertising method. In Eastwood’s case, the companies sent emails to get right into people’s inboxes with inaccurate subject lines. As of July 23, those same companies were unreachable for responses. Based on his own statements, Eastwood isn’t about to drop off the movie radar away from his tough-guy action hero trend.

Click for next Article
Previous article: Who Shot J.R. In ‘Dallas’ Remains The Cliffhanger Of All Cliffhangers
Next Post: Ten Side-By-Side Pictures Of Actors And The Real People They Portrayed