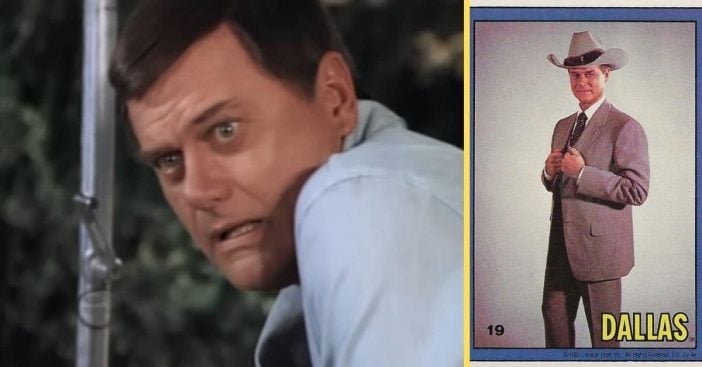 Some moments in television resonate so far, their effects can be felt everywhere. Viewers experienced this for themselves in 1980 thanks to Dallas. The soap opera already enjoyed a wide audience. That ensured plenty of people would see all the tricks the show had up its sleeve.

Dallas had one trick that laid the groundwork for a cultural shift. Not only was its major cliffhanger a big move in television at the time, but it also got people talking in a way we wouldn’t expect until decades later. With all these feats laid out, only one question remains: who shot J.R.?

J.R. Ewing made plenty of enemies

In Dallas, the character of John Ross Ewing Jr. made himself a lot of enemies. This did not come from any insistence upon righting other people’s wrongs. On the contrary, his thoughts and actions revolved around benefiting himself first and foremost. In Dallas, he embodied all the nightmarish qualities anyone would imagine seeing in society’s elite at their most corrupt.

It’s not surprising, then, that such a hated character in a drama show setting would have a target on his head. And this, in turn, lead to the episode, “Who Shot J.R.?” The episode title and its subsequent cliffhanger mystery got launched into existence thanks to a murder attempt against the villain.

And so ‘Dallas’ reshaped international culture

The importance and impact of this episode can’t be overstated. Today, it’s relatively easy for even somewhat successful pieces of entertainment to gain worldwide traction. Universal internet makes it easy for people to theorize and anguish over the latest theory in Game of Thrones, and so on. But during the ’80s, it’s remarkable that “Who Shot J.R.?” not only became a popular episode but also became a catchphrase. Everyone in the world caught wind of it. And of those international audiences, people from all walks of life talked about it. Even presidential campaign rivals Reagan and Carter addressed it in their fight for the White House.

Musicians such as Barron Knights referenced it. Monarchs mused and former world leaders begged for the answer. If I were a betting man, I’d have gotten involved with the other movement Dallas started. These were the original theorists. They set odds on various potential culprits that got the discussions heated, to say the least. And for all those cliffhangers you see on other television programs, you can thank Dallas. “Who Shot J.R.?” stands as one of the original, and the one that helped make the cliffhanger episode ending wildly popular.

Click for next Article
Previous article: Willie Nelson And Sons Perform “I Never Cared For You” On Late Night Television
Next Post: Clint Eastwood Sues Against Companies Saying He Supports CBD