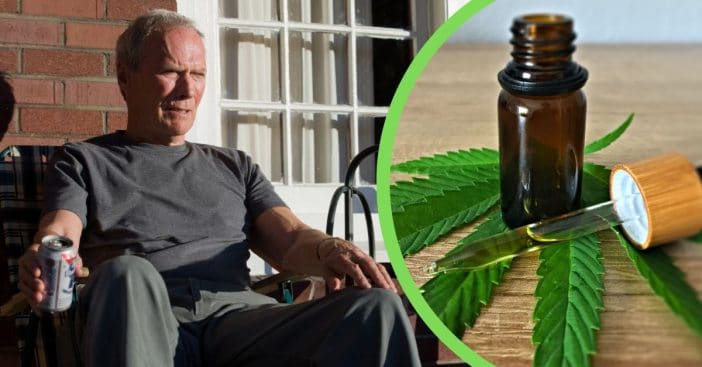 Clint Eastwood is one of many pop culture icons whose name and likeness have been used to promote CBD products, all this done without that person’s permission or actual endorsement of the product. Some stars put disclaimers on their social media page but others pursue legal action. This course brought Eastwood, 92, some victory – his second taste of it, in fact, though still no endorsed tastes of CBD oil.

Tom Hanks has also been used in CBD ads, a move that drove the Forrest Gump star to correct this by saying, “I’ve never said this and would never make such an endorsement. Come on, man!” Katie Couric has also been used to advertise cream to treat skin wrinkles. As for Eastwood, he filed two lawsuits against three companies. The results of some of his retaliation have been coming in.

Back in January 2021, Eastwood filed a suit with Garrapata, an agency that owns the rigths to his name and image outside of movies, against Norok Innovation, a marketing company based in California. The case points to Norok Innovation fabricating news articles and manipulating search results to make it seem as though Eastwood himself endorsed CBD products.

This “hidden metatag game” drove website traffic to the products, which the claim calls “products he likely would have been unwilling to endorse in the first place.” The suit also says, “Like many of his most famous characters, Mr. Eastwood is not afraid to confront wrongdoing and hold accountable those that try to illegally profit off his name.”

The latest verdict, passed at the end of June, awarded Eastwood and Garrapata $2 million. This joins the other victory Eastwood claimed over advertisers associating him with CBD products, the other one taking the shape of a $6.1 million lawsuit against a Lithuanian CBD company. Two years ago, Tom Hanks was used to promote CannaPro CBD without his consent as well; that same ad also invokes the name of surgeon and TV personality Dr. Mehmet Oz.

CBD is a part of marijuana but it does not have tetrahydrocannabinol (THC), which is the part that creates a high feeling. Instead, it helps address pain, tension, and stress. A 2020 SingleCare survey found one in three Americans had used CBD products, which can include chewable gummies, oils, creams, and more. CBD is not part of Eastwood’s health regimen, though; he follows a code for staying healthy at 92, which includes some amount of golf and a healthy diet.

RELATED: Clint Eastwood Was A Lifeguard While In Basic Training For The Military

Click for next Article
Previous article: Ryan Seacrest Fans Are Irritated At His Co-Host Kelly Ripa
Next Post: Kim Fields Opens Up About Potential ‘Facts Of Life,’ ‘Living Single’ Reboots