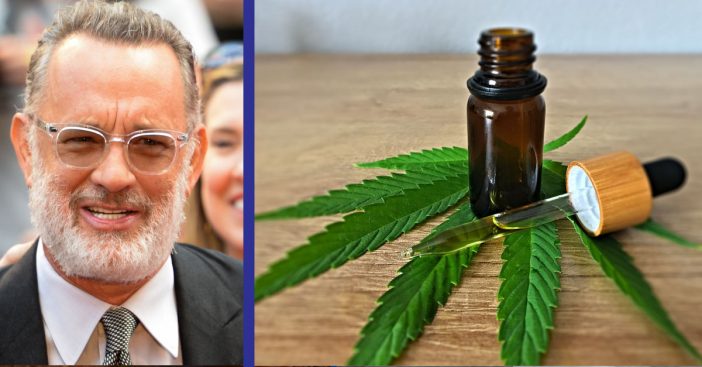 Tom Hanks recently posted a photo on his Instagram of a claim that he disproved to be completely false. The claim was that he publicly endorsed using CBD in a quote that he never actually said. The company name in mention was CannaPro and Hanks was quick to shoot down these assumptions.

“The advances Dr. Oz has made in the CBD industry are remarkable. I wouldn’t believe it if I hadn’t had the chance to try it out for myself. After using CannaPro CBD for two weeks I was already feeling like a new me,” the ad says. “I’ve never said this and would never make such an endorsement. Come on, man! Hanx!” the actor responds to the false claim.

The post received thousands of comments from both fans and other celebrities. They praised Hanks for calling out this fake hoax endorsement. “Yes and I never endorsed any wrinkle cream although I could probably use some,” Katie Couric writes. Dr. Oz also chimes in on the post, saying “This is a fake and misleading advertisement intended to take advantage of consumers using false claims and our likenesses illegally.”

Bionatrol LTD sells CannaPro CBD oil and is based out of London. They have yet to address the fake claims about Hanks.

The benefits of using CBD

CBD, in general, has many beneficial uses, including help with anxiety, insomnia, and chronic pain. Standing for cannabidiol, it is derived directly from the hemp plant, a ‘cousin’ of the marijuana plant. CBD is an essential component of medical marijuana, but it is important to know the difference between CBD and actual marijuana.

According to Healthline, “Tetrahydrocannabinol (THC) is the main psychoactive cannabinoid found in cannabis, and causes the sensation of getting “high” that’s often associated with marijuana. However, unlike THC, CBD is not psychoactive.” Many CBD companies are available online with lab results to back up their credibility.