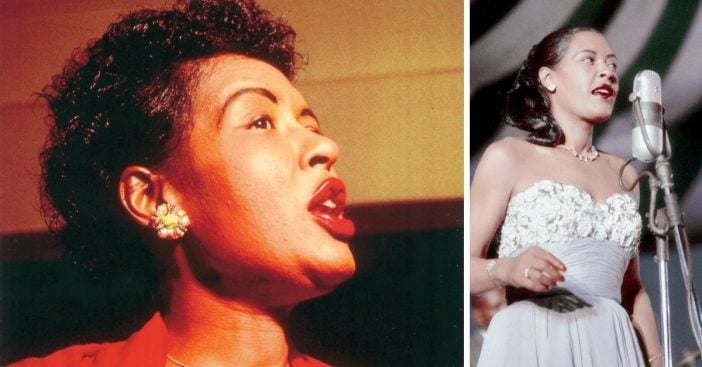 In the 1930s a new government agency known as the Federal Bureau of Narcotics (FBN) was born under its first commissioner, Harry Anslinger. Anslinger is known for launching the first huge “war on drugs” targeting primarily opioid and cannabis use. Anslinger is also known for his racist comments and hatred of jazz music. It is widely believed that Anslinger used his “war on drugs” to disproportionately target immigrants and people of color.

A clear cut example of the different treatment of celebrities with drug addiction can be seen with Billie Holiday and Judy Garland. Holiday was an African-American jazz singer who grew up poor. Garland was a white, middle-class actress and singer. Both Holiday and Garland suffered from severe addiction and alcoholism. However their race, class, and type of drug use caused an immense difference in their treatment by the law and the media.

Although Holiday and Garland both suffered from addiction, the types of drugs they used were different. Holiday mostly used narcotics such as cannabis, heroin, and cocaine. The FBN was especially interested in targeting the use of opioids such as heroin, to curb the rampant addiction in the US. Anslinger also had a personal aversion to cannabis, although it was reportedly nowhere near as dangerous as opioids. This contributed to Holiday being a target for the FBN. She was a celebrity who used the very drugs they so badly wanted to stamp out. Holiday was to be used as an example.

In contrast, Judy Garland abused prescription medications such as amphetamines and barbiturates. At the time amphetamines were not known to cause dependency and were frequently prescribed to treat a whole host of ailments. Amphetamines were even present in diet pills. Since Garland’s possession of prescription pills was not technically illegal, she was left alone by authorities. Besides, maintaining her image was of the utmost importance.

It would be completely naive to suggest that the difference in Holiday and Garland’s treatment had nothing to do with racial or socioeconomic factors. Garland’s drug use was left out of the media in an attempt to preserve her image of innocence. This image was crucial to her career. When Anslinger found out about Garland’s drug use, he insisted that MGM send her to a sanatorium, saying, “I believed her to be a fine woman caught in a situation that could only destroy her.” Anslinger chose not to persecute her for her drug use.

Holiday was not given this leniency. She was a jazz singer, unapologetically black, and openly used drugs and alcohol. For these reasons, Holiday became a target in Anslinger’s crusade against drugs. In the episode “Reefer Madness Pt. 2” of Conspiracy Theories, the podcast discusses Holiday’s debut of her song “Strange Fruit” in 1939. Holiday received a threat from the FBN, warning her not to sing that song again or be investigated for drug use. Ironically “Strange Fruit” had nothing to do with drug use. Instead, it lamented the lynchings of African-American people in the South. After being stalked by the FBN for years, they were finally able to pin drug charges on Holiday. In 1947 she was sentenced to a year in prison. After her release, she continued to be targeted relentlessly by the FBN.

In 1959 Holiday died of heart and lung failure in New York’s Metropolitan Hospital. While in the hospital Anslinger ordered FBN agents to handcuff her to her hospital bed for drug possession. She was persecuted until the day she died at 44 years old. Media coverage of Holiday’s death focused on her addiction and difficult childhood. The Desert Sun noted that Holiday “neglected her health” and Time Magazine ran only two sentences for her obituary.

In contrast, Garland’s death in 1969 was marked with pages and pages of obituaries. Her overdose was seen as a tragic end to a troubled life, but she was not presented with blame for her struggles with addiction. In comparison to Holiday, Garland’s death was directly related to an overdose on barbiturates. Yet for many reasons, Holiday was demonized for her drug addiction. Her death was marked with sentiments of blame for an addiction that plagued her life. She was targeted rather than offered help to overcome it.

Click for next Article
Previous article: Which Monopoly Piece Was Your Go-To Every Game?
Next Post: Mercurochrome, A Parent’s Favorite Antiseptic And Kid’s Nightmare, Won’t Be Around Anymore