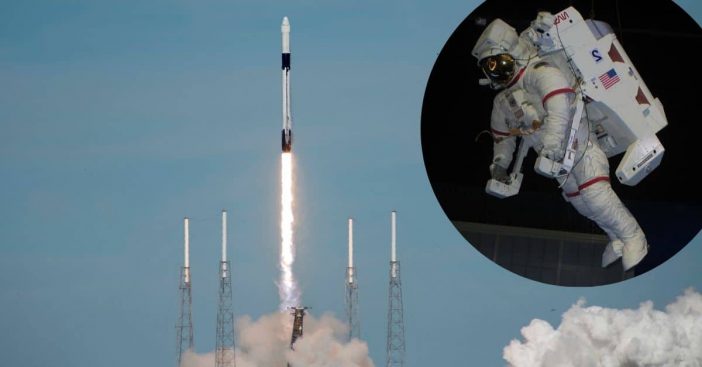 To those who have not experienced numerous space flights, any trip to outer space would be the same type of magical. But when astronauts board different vessels, the differences can be out of this world. That’s what astronauts experienced when they flew the Falcon 9 rocket and compared it to riding the space shuttle.

Doug Hurley and Bob Behnken made history on May 30 when they flew the first manned mission of the Falcon 9 rocket. Before then, their experience was limited to shuttle missions. But flying aboard that rocket was a completely different experience – in a pretty positive way.

The Falcon 9 rocket brings something else to the table

Flying the Falcon 9 rocket was totally different from a space shuttle in a few key ways. The astronauts did not go in totally unprepared, of course. They received extensive training and drew from similarities that do exist between the two vessels. “From the time the engines lit, the first two-and-a-half minutes to staging was about like we expected,” Hurley explained. After that point, things diverged significantly. He went on, “you can never simulate the Gs, so as the Gs built you could certainly feel those. What I thought was really neat was how sensitive we were to the throttling of the Merlin engines. That was really neat. You could definitely sense that as we broke Mach 1.”

RELATED:Everyday Things You Didn’t Know Were Invented By NASA

Ultimately, Hurley concluded, “We didn’t even need to look at the speed. You could tell just by how the rocket felt, so it’s a very pure flying machine.” These differences come from the architecture of the rocket versus shuttle. SpaceX’s Falcon 9 rocket had a liquid engine ascent. That, Hurley said makes for a smoother lift. On the other side, the space shuttle from his past used solid rocket boosters, which “burned very rough for the first two-and-a-half minutes.”

The Crew Dragon wants to make history and reshape the future

The next few months and year mark big developments in space travel. SpaceX battled the elements to try and launch the Dragon Crew spacecraft. Originally, the launch date was set for Wednesday, May 27. But persistent hazardous weather forced a delay to May 30. However, the launch still gave a majorly autonomous commercially-produced space flight from SpaceX.

Early next year may see the launch of a joint project between NASA and Boeing. Boeing’s Starliner capsule in the past has been manned. But Space News reports plans to launch an uncrewed one in the relatively near future. Word of this came from an announcement by Boeing on April 6. In the meantime, astronauts who manned the Falcon 9 rocket are eager to talk with members of SpaceX and find out just what caused the bouts of roughness they experienced after an otherwise smooth, powerful launch. The second stage of operations gave them a bit of a hard time, but neither Hurley nor Behnken are particularly deterred.