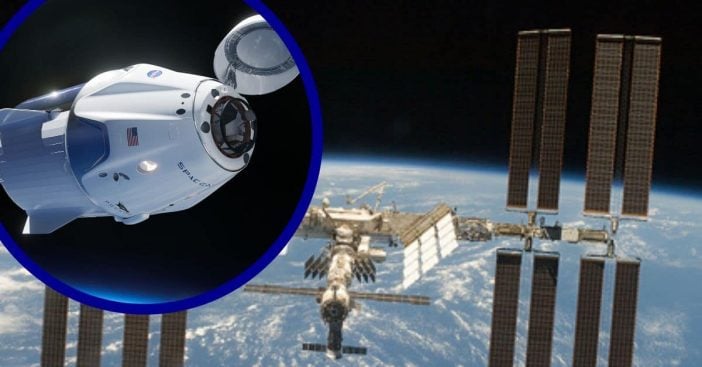 Many people want to keep their eyes on the skies these days. SpaceX is giving people something monumental to look forward to if only the weather would cooperate. Wednesday marks the date SpaceX originally set aside to launch its first astronaut into orbit. Additionally, this would have been the first human spaceflight launched from U.S. soil for almost ten years.

Astronauts Bob Behnken and Doug Hurley shall spearhead the operation when it does take place on a new date. SpaceX intends on launching them to run a test flight to the International Space Station (ISS). Currently, SpaceX’s Crew Dragon capsule is the first totally commercial vessel to take on this task.

The elements are tolerable on the best of days. But asking for great conditions during such a monumental event? That’s a tall order at any time of year. In late spring, 2020, Florida finds itself in the path for some stormy weather. The eastern branch of the Air Force recorded a 50% chance of clouds and storms. NBC News writes that this could have been enough to impact safety requirements to go ahead with the launch. Ultimately, the area received a lot of thunderstorms rolling through then, finally, a tornado warning.

RELATED: Out Of This World Facts About The International Space Station

Despite this, most of Wednesday proceeded as planned. Bridenstine shared excitement and enthusiasm online. All the while, NASA closely monitored the weather. NASA and SpaceX shared the intention of instead launching on Saturday. Every situation has a backup plan in this case.

Reach for the stars and make history

SpaceX managing this human spaceflight launch means a lot of things for America’s space program. After the space shuttle program got axed, American astronauts had to essentially hitch a ride with their Russian cosmonaut counterparts on Soyuz rockets and the like. U.S. space enthusiasts hope SpaceX’s endeavors can bring this process back to their home soil.

SpaceX has extensive backing from NASA, which gave the company $3 billion for its Commercial Crew Program. That money went directly to making the Crew Dragon. So far, this is not new territory for SpaceX. What is new, though, is having humans onboard during launch. Today, their destination is the ISS. In the future, the company is aiming for the moon and any other ventures a “customer” like NASA may desire.