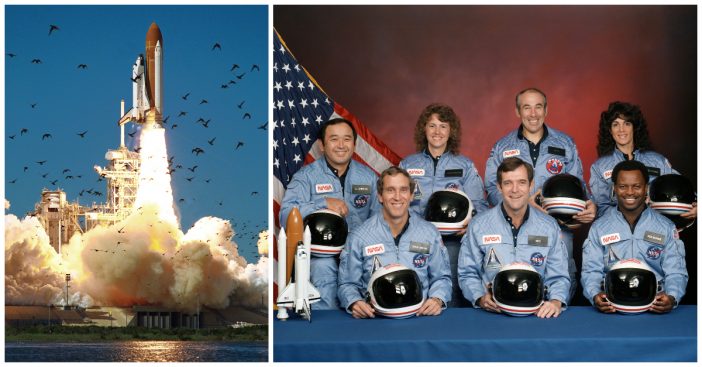 32 years after the space shuttle disaster happened, there are still questions. The story of exactly what happened is surrounded by myths and sketchy information.

So, what really happened? We bust a few common misconceptions. Which ones did you previously believe were true?

The 1986 flight is commonly said to have exploded 73 seconds after launching from the Kennedy Space Center in Florida. The media called it an explosion because it appeared to be one. What actually happened was a little more complicated.

The space shuttle’s external fuel tank collapsed. When this happened, it released liquid hydrogen and oxygen propellants. The chemicals mixed in the air and created a giant fireball. The shuttle was still intact at that point but it was becoming unstable and moving too quickly. Finally, it broke off the tank and both wings broke off. Eventually, it kept breaking up and hit the water.

Another myth that goes hand in hand with the explosion myth is that the Challenger crew died in the “explosion.” Although this might be comforting to some, it was found to be false. A NASA medical report now thinks they were alive until they hit the water, although it is unclear whether or not they were conscious. The crew was strapped in their seats when they were found.

It was the coldest temperature ever recorded for a shuttle launch and many believe that the colder temperatures had something to do with the disaster. A common myth is that the cold temperatures caused that rubber ring to fail which sealed a crucial joint in the rocket booster. This is an oversimplification.

What do you believe really happened on that shuttle launch day in 1986? If you enjoyed this article, send to a friend and share your thoughts in the comments below!