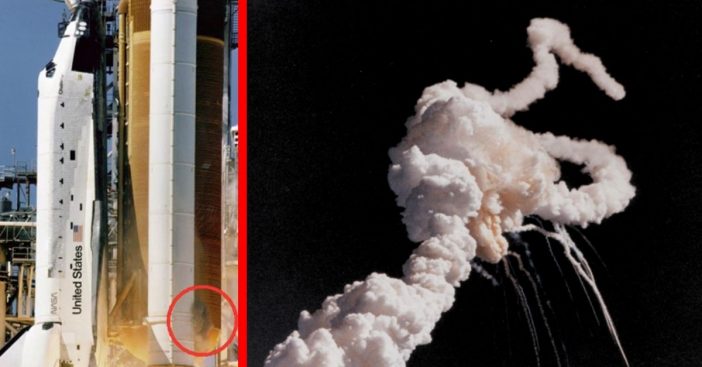 On this day in history back in 1986 at 11:38 a.m. EST, the Space Shuttle Challenger would liftoff from Cape Canaveral, Florida. Christa McAuliffe would be on her way to becoming the first U.S. civilian to travel into space. She was a 37-year-old high school social studies teacher from New Hampshire. Christa would win a competition that earned her a spot in the seven-person crew aboard the Challenger.

She endures months of shuttle training, along with the others, but the initial liftoff date is delayed due to weather and technical malfunctions. After waiting six long days, it was finally time. But no one could have predicted what happened next.

The Space Shuttle Challenger was not prepared for its mission

Approximately 73 seconds later, the Challenger would explode into fire and smoke. Families of the people on board, including Christa’s, stare in disbelief at what is happening. Millions more were watching from home on live TV also in disbelief. As a result of the disaster, there were no survivors.

RELATED: The True Story Behind The Challenger Shuttle Disaster — What Really Happened That Tragic Day

It was back in 1976 when the National Aeronautics and Space Administration would unleash its first reusable manned spacecraft. It goes by the name of the Enterprise. Just five years later, space flights in a shuttle would begin on the Columbia when it travels into space on a 54-hour mission. Once this mission is completed, the shuttle would fire engines to reduce speed and descend safely through the atmosphere. With all this in mind, the Challenger was the very first shuttle disaster.

Determining the reasons behind the Challenger explosion

Following the tragedy, President Ronald Reagan would appoint a commission to determine what exactly happened with the Challenger that caused the explosion. The commission was led by former secretary of state William Rogers along with former astronaut Neil Armstrong and former test pilot Chuck Yeager. They also would explore further to determine corrective measures for the future.

It was ultimately determined that the tragic accident occurred because of the failure to secure an “O-ring” seal in one of the two solid-fuel rockets. The elastic O-ring in place did not respond as it should due to the cold temperatures. NASA did not send anyone into space for more than two years after this tragic event. They were taking the time to redesign their space shuttles and ensure something like this would not happen again.

In September 1988, space shuttle flights would resume smoothly. Since that time, they have been able to carry out numerous missions and everyone has returned home safely. However, an accident did occur on February 1st, 2003, when a space shuttle disintegrated upon reentry of the Earth’s atmosphere. There were no survivors as a result of this accident aboard the Columbia. The Space Shuttle program would finally come to an end on August 31st, 2011 after its last mission. Perhaps if the Challenger mission was done right the first time, the Space Shuttle program would still be intact today.