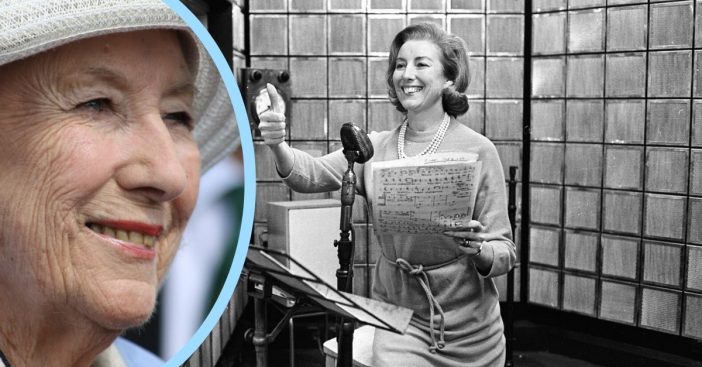 Lynn became known for her inspiring wartime songs that motivated Britain during WWII. She resided in Ditchling, East Sussex, England. Beyond her uplifting ballads, which include “We’ll Meet Again” and “White Cliffs of Dover,” Vera Lynn got involved in other important issues. After the war, she focused on educating people on cerebral palsy. Throughout her life, she used her status to uplift and help others around the country.

In the years of WWII, Vera Lynn’s voice became a melodious beacon of inspiration and hope. During the war, Brits faced the constant overhead threat of Germany’s Luftwaffe attacks. Thousands found themselves displaced, lest they occupy a place the Germans considered a target, which was any structure. Britain needed a different sound than plummeting bombs; the country needed encouraging songs. Lynn provided exactly that.

Vera Margaret Welch was born in 1917. Her career as a singer began very early on. She was only seven when she started singing at working men’s clubs. She took on the last name of Lynn from her grandmother as a stage name when she was eleven. A booking agent recruited her when she was just a teen and soon, Lynn was singing at parties. By November 1941, she had her own radio show, Sincerely Yours, Vera Lynn. Just three years later, she was “The Forces’ Sweetheart,” singing for troops stations in India, Egypt, and Burma (Myanmar).

Lynn leaves behind a lasting legacy

A message from Tom. ‘A real shame, I really thought Vera Lynn would live longer she’s been speaking so well on TV recently. She had a huge impact on me in Burma and remained important to me throughout my life. My thoughts are with Dame Vera Lynn's family at this sad time’

Around Britain, those who knew Vera Lynn and her music remember her as a remarkable woman. The Royal British Legion called her an “unforgettable British icon” and “symbol of hope” for the troops. Captain Tom Moore, himself 100, mourned the loss in a tweet. He called the loss “a real shame,” adding, “I really thought Vera Lynn would live longer she’s been speaking so well on TV recently. She had a huge impact on me in Burma and remained important to me throughout my life.”

Lynn’s daughter, Virginia Lewis-Jones, took note of her mother’s extensive work in multiple important areas. She explained, “My mother first became involved in raising awareness of cerebral palsy in the 50s when there was very little understanding of the condition and children who suffered from motor learning difficulties were often referred to rather pejoratively as ‘spastic.'” Lynn wanted to “change people’s attitudes towards the disability and help children reach their full potential. There was no one else raising funds to help at that time, so it was groundbreaking work.” Indeed, wherever she went and whatever she pursued, Vera Lynn made it all impactful.