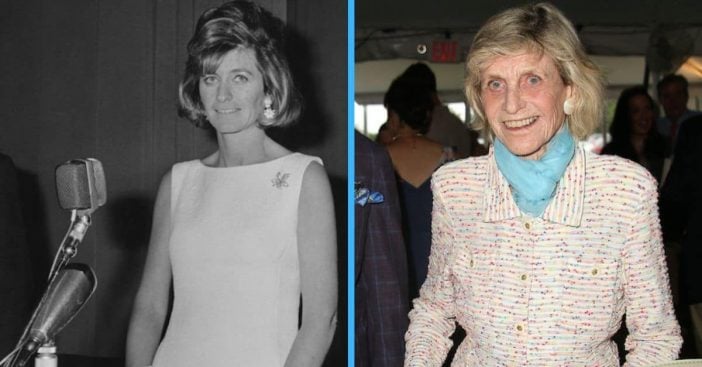 It has been reported that Jean Kennedy Smith, the last surviving sibling of JFK, has died at the age of 92. She was also a former U.S. ambassador to Ireland. Her daughter, Kym Smith, releases a statement to NBC News, confirming the death of her mother. “She lived an amazing life,”  her daughter says.

Smith was born on February 20th, 1928, in Boston, Massachusetts to Rose and Joseph Kennedy. She would then move to New York City after marrying transportation executive Stephen E. Smith in 1956. Together they would have four children.

Remembering the life of Jean Kennedy Smith, one of the 9 Kennedy siblings

Smith’s siblings include older brother Joseph Kennedy Jr., who was killed during World War II; Kathleen Kennedy, who died in a plane crash; President JFK, who was assassinated in 1963 and Sen. Robert F. Kennedy, who was killed in 1968. Sen. Edward Kennedy, who was the youngest of the siblings, died in 2009 as a result of brain cancer. That was the same month their sister Eunice Kennedy Shriver died.

Smith was often known for being the more-quiet Kennedy sibling, often aiming to stay out of the spotlight. She did end up publishing a memoir in 2016 called The Nine of Us, in which she wrote about her ‘unexceptional’ childhood. “It is hard for me to fully comprehend that I was growing up with brothers who eventually occupy the highest offices of our nation, including president of the United States,” she says. “At the time, they were simply my playmates. They were the source of my amusement and the objects of my admiration.”

Always involved in her siblings’ lives

Smith never ran for office, but often campaigned for her brothers who were involved in politics. Before JFK’s infamous assassination, Smith even stepped in for Jacqueline Kennedy and co-hosted a state dinner for Ireland’s president. She also accompanied her brother that same year on his trip to Ireland (he was the first Irish Catholic president at the time). Three decades later, Smith would be appointed to Ireland by President Bill Clinton.

Smith would often reflect on that trip with her brother, calling it “one of the most moving experiences of my own life.” May the last JFK sibling rest in peace.