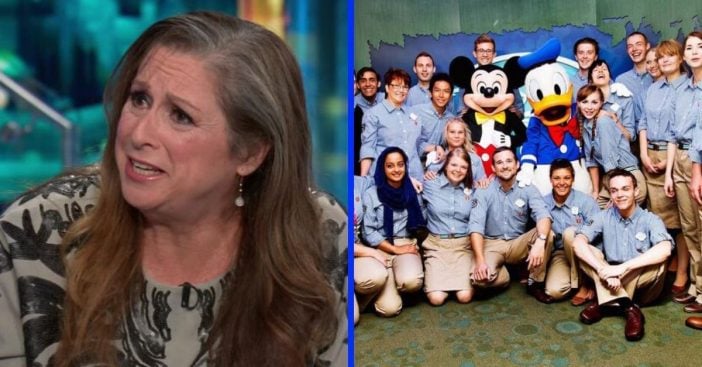 Abigail Disney, the heiress to the massive entertainment company’s fortune, criticized the company recently. In the past, she has been very vocal about areas she sees in need of improvement. This week, she tackled pay cuts while the dividend payouts lined the higher-ups’ pockets.

On Twitter, she issued a tirade, voicing regret that she had to do this during coronavirus pandemic but also finding it necessary. She wrote how “80% of shares are owned by the wealthiest 10%.” All the while, the people who actually make the company run don’t get enough in return. At the end of the day, she feels the company can do “much better.” Likewise, employees deserve better.

OK, I've been holding my tongue on the theory that a pandemic is no time to be calling people out on anything other than failing us in a public health sense. I thought it might be a moment for peace and reconciliation. But I feel a thread coming on….1/ https://t.co/G1mUq7RmAV

On April 21, Abigail Disney took to Twitter with both reluctance and readiness. There, she issued grievances against the imbalance in paychecks. As the coronavirus pandemic leaves many with an uncertain future and job security, companies have reshuffled. This is in addition to the usual numbers game some big names play anyway. For example, Abigail Disney has already criticized salary imbalances and uncertainties Disney employees face.

On Tuesday, the heiress responded to a Twitter post by Lisa Abramowicz with harsh criticism of her own. The initial post by Abramowicz read, “Disney stops paying 100,000 workers, roughly half its workforce, even as it protects executive bonus schemes and a $1.5 billion dividend payment due in July.” Abigail Disney wrote, “OK, I’ve been holding my tongue on the theory that a pandemic is no time to be calling people out on anything other than failing us in a public health sense. I thought it might be a moment for peace and reconciliation. But I feel a thread coming on.”

She focused on the $1.5 billion in typical dividend payouts, according to The Guardian. The outlet further reports she stated, “That’d pay for three months’ salary to frontline workers. And it’s going to people who have already been collecting egregious bonuses for years. Dividends aren’t all bad, given the number of fixed-income folks who rely on them. But still 80% of shares are owned by the wealthiest 10%. Pay the people who make the magic happen with respect and dignity they have more than earned from you. This company must do better.”

Some top execs have seen salary cuts of their own. These executives include executive chairman Bob Iger and Bob Chapek. But, Disney asserts, “Salary is a drop in the bucket to these guys.” She further tweeted, “The real payday is in the rest of the package.” According to The Guardian, Iger’s latest package amounts to “900 times that of the median Disney worker’s earnings,” which is about $52,000. Disney sees herself as not formally tied to the company but someone who carries the name and a responsibility to see it perform best for its workers. Her criticism comes when employees around the world face uncertainty as Disney navigates pay suspension of half its workforce to save around $500 million a month as parks are shut down. Without this income, workers must rely on their country of residence for any benefits.