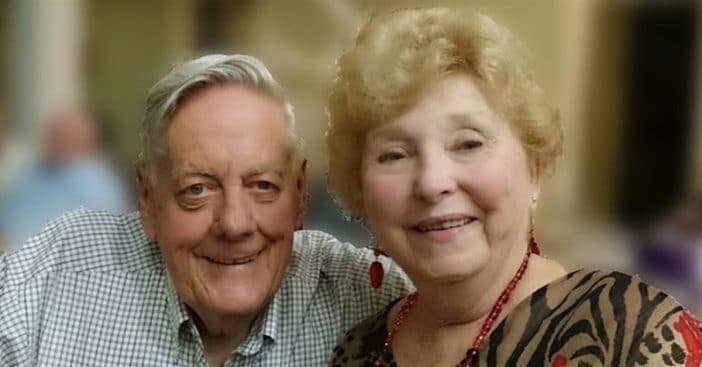 As the coronavirus battle rages on, we’re hearing about more positive tests and tragic deaths each day. The same can be said for Kathleen MacDowell’s parents, who died just one day apart from each other as a result of the virus. She and her sister Patty Wolfe were meeting their parents, Eleanor and Peter Baker, for a weekend in Florida. Three weeks after the family reunion, the parents passed away.

Allegedly, the parents had contracted the virus from a friend who was asymptomatic and didn’t know they had it. It was on March 23rd that Eleanor felt ill and drove herself to a hospital. She was admitted immediately. Just one day later, one of the children drove three hours to see their father after they could not reach him. They found him gravely ill as well and they admitted him to the hospital.

Eleanor and Peter Baker die one day apart from one another

Just one week after being admitted, Eleanor died on April 2 at age 84. Peter then died on April 3rd at 85 years old. Daughter MacDowell says she drove to pick up her parents ashes recently and that it was a very emotional situation. “We are heartbroken,” she writes in a Facebook post. “We talked about how much our lives have changed in the past 5 weeks.” She wanted to take her situation to Facebook to show others how real and tragic this virus can be for those who think it’s “no big deal, that they will not get sick, that it won’t happen to them.”

“Maybe not, but you might give it to someone else, or someone may give it to your Mom and/or Dad. You will not be able to go in the hospital to comfort them, to tell them how much you love them, to be strong, to keep fighting…it is excruciating!”

MacDowell also gives a shoutout to the “wonderful nurses and doctors” who have been fighting on the front lines of this virus. Many of them have been fighting to keep so many people alive. She concludes her post by saying she hopes no one has to go through what she did. “We are just your everyday ordinary family going through the toughest time of our lives losing both our parents….don’t let it be you,” she says. “Be safe everyone.”

Peter served in the U.S. Navy and retired as a captain from the New Jersey State Police after 32 years. Eleanor maintained a lifelong devotion to the Catholic church. May they rest in peace.