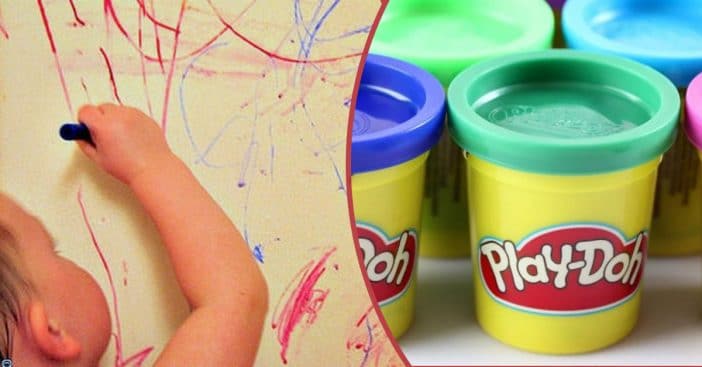 When we encounter a timeless classic, it’s easy to think it was always meant to be. But we also can’t help but wonder just how did the stars align so well to give us this treasure? Such is the case with Play-Doh, which sports a pretty surprising history. While we know it today as low-maintenance modeling clay, it wasn’t always meant to be for fun and games.

Indeed, Play-Doh started as a functional tool for cleaning messes instead of creating them. When Cincinnati first concocted this mushy mixture, it was to clean wallpaper. Soon, though, it went through some changes in design – and by extension, changes in function. Local schools got to enjoy this item’s new purpose, and soon it exploded into a fun modeling compound that isn’t about to go away. To get some more perspective, read about this toy’s origins and see in the video below just how far it’s come since then.

Take a step back in time to the 1930s. Around that time, many homes used coal to stay warm during chilly nights and bitter winters. It was effective enough but came with a very visible cost. Coal residue built up on wallpaper, which was a pretty ubiquitous feature back then. Kroger grocery store representatives wanted to respond to this demand for a safe and effective cleaner, which was easier said than done. There was no vinyl wallpaper at the time, so any cleaning methods that got the paper wet did more harm than good.

RELATED: Childhood Smells That Will Bring You Instant Nostalgia

Enter Cleo McVicker, who had just recently saved the Cincinnati-based soap company Kutol. He assured representatives he could, indeed, fulfill their wishes. With a $5,000 penalty on the line, the stakes were high for the struggling company. Against all odds, though, Kutol did deliver. This kept things more steady for the company…until after World War II. Finally, oil and gas furnaces entered the equation. That meant their design was no longer needed because there was no soot to clean. They endured another blow when vinyl wallpapers saw popular use as well. The McVickers found themselves with a product that had zero demand. Fortunately, that too eventually changed.

Play-Doh was there right away for kids to enjoy

Kay Zufall, sister-in-law to Joe McVicker, gave the company its salvation. While running a nursery school, she wanted her students to make Christmas decorations on a low budget. Knowing her brother-in-law’s company needed business, she ordered some wallpaper cleaner, which she’d read acted as a reliable, inexpensive tool for crafting. She saw her children not only successfully make decorations, but also absolutely love doing it. Quickly, she told them, and soon after, the detergent went out and an almost scent went in.

Zufall ended up steering the company through murky waters yet again when she shot down the original name, Kutol’s Rainbow Modeling Compound. That freed them up to brainstorm and come up with Play-Doh. Gradually, the simple concoction got more involved, eventually coming in different colors instead of the default white. Periodic appearances alongside Captain Kangaroo carried Play-Doh the rest of the way so it went from a local delight to a national sensation. And if you love Play-Doh but don’t love the mess, don’t worry, there’s an easy way to clean it. Let any Play-Doh stuck in carpet dry up, then go at it with a stiff brush.

Click for next Article
Previous article: Alex Trebek Donates $100K To LA Homeless Shelter — Wing To Be Named After Him
Next Post: The Largest Rabbit On Earth, Darius, Weighs 49 Lbs And Is Over 4 Feet Long