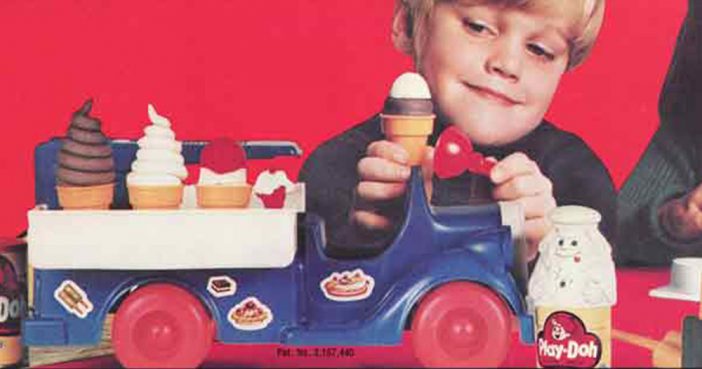 There’s something about Play-Doh that immediately bring us back to our childhoods. The bright colors, the salty almondy-scent or if you were as curious as I was, the taste.

I would play with it for hours, serving up Play-Doh pizzas or creating small figurines and treating them sculpting masterpieces.

Play-Doh was originally created by Noah McVicker, who worked for soap manufacturer Kutol. It was originally intended to clean coal residue from wallpaper. However, when natural gas began to replace coal as the nation’s preferred heating fuel, the need for the pliable, putty-like substance dropped dramatically. Lucky for McVicker he discovered his nephew along with other nursery school children were using the material to make Christmas ornaments, thus introducing a fun new use for the compound, which ended up saving the company from bankruptcy.

Now-a-days Play-Doh has become one of parent’s go-to items for letting their ones get creative. Kids get to create a “”world of pretend”” all their own, just like we did at their age. With the rolling, the squishing the squashing, the stacking the extruding; all with a minimal chance of anything getting too messy.

It’s almost impossible to imagine a childhood with out it.

For those of us who really, REALLY love the smell of Play-Doh you now can actually wear the scent whenever you want. To buy a bottle click here.