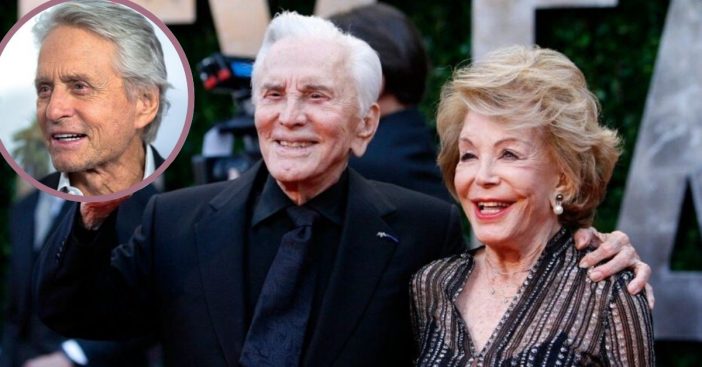 Reaching 103 is no small feat. But for Michael Douglas, he plans on throwing a small party for his father, Kirk Douglas, for his birthday. The reasons stem from how old his father is and that while others may want to make this a big deal, the birthday boy himself prefers something more quiet. As we wait for his birthday on December 9, Douglas fine-tunes his plans

It has been quite the experience over the years, deciding what kind of birthday party to throw. For Douglas, ever since his father turned 100, each year has provoked the same questions and exclamations in equal measure. It is and always will be a big deal and deserves a big party. But, at such an advanced age, surely it’s time for something smaller. In the past, Michael Douglas went with his initial gut instinct for something big. Now, however, he is reeling it in a bit.

There has been a bit of a learning curve, Douglas seems to have realized. Since his father reached 100, instinct called for grand festivities. “Well, it’s like, so 100. Okay, so he was 100. Big birthday, big birthday. The trouble is, when you’re 100, you don’t really want a big birthday,” Fox reports Douglas saying. “I threw a big party for him, it was great,”

RELATED: Michael Douglas Speaks Out About His Son’s Drug Addiction

Kirk Douglas isn’t the only one finicky about his birthday

As it turns out, Douglas has his work cut out for him. His stepmother, Anne Buydens, entered her 100s this April but is just as reluctant to draw attention to it as her husband Kirk. “She’s French and been lying about her age all her life,” Douglas said. “I say, ‘Anne, you’re going to be 100.’ ‘No, no, no. You don’t say that.’ ‘You’re going to be 100 this last year.’ ‘No, no, how dare you say that to me,'”

This year, he’s caving to their wishes and keeping things on a smaller scale. Naturally, a proud son wants to fully celebrate a major occasion in his father’s life. But there is also something to be said about leaving it as a quiet affair. Personal moments can be quietly enjoyed with a personal crowd. In the meantime, Douglas boasts, he and his father keep in touch through apps. “He’s incredible. He doesn’t get around a whole lot but his mind’s all there, so I got him an iPad and I got him FaceTime,” he told Jimmy Fallon on The Tonight Show.

Click for next Article
Previous article: Blake Shelton Sings Christmas Song He Wrote With His Mother
Next Post: There’s A Candle That Lets Your Husband Know You’re Ready For A Good Time