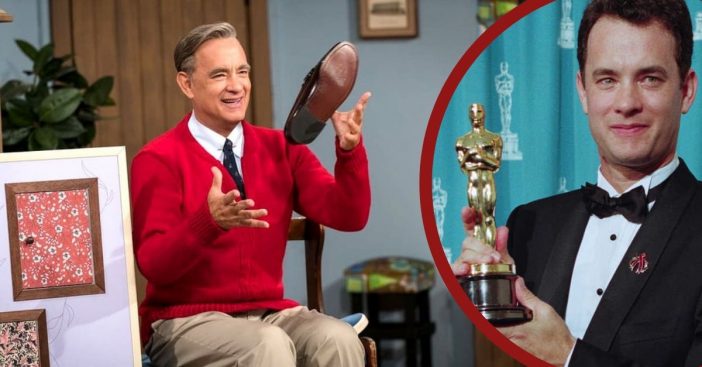 To watch an outstanding movie is to watch Tom Hanks deliver another exceptional performance. Wherever he goes, his talent follows, and with that comes a memorable experience that stays with audiences. All of these remarkable accomplishments earned him various forms of recognition. He has five Oscar nominations and two wins. Throughout his career, including in recent years, he provided many amazing performances. Despite this, Tom Hanks has not received a nomination for an Oscar since 2001 with Castaway.

As with many questions concerning present day, we may turn to history for the answers. Because we see many parallels between Hanks and Cary Grant, we can better understand the situation through him. To an extent, Hanks’ remarkable performances may contribute to this lack of awards and nominations. On the other hand, different trends and demographics are seeping into Hollywood and are favored for attention. Additional causes still make up the list of potential reasons.

IndieWire author Anne Thompson reached out to Oscar voters, campaigners, and other observers asking for their input on Tom Hanks’ situation. One reason the replies explored centers around Hanks’ previous outstanding achievements. Some judges feel his two Oscar wins for Philadelphia and Forrest Gump are rewards enough. As a result, he and others need something really special to net another nomination or win. Indeed, looking at past winners, few actors historically have three or more Oscars.

After winning “back to back Oscars,” it is possible “people feel he’s being sufficiently celebrated,” suggested Roger Durling. Durling directs the Santa Barbara International Film Festival. Hanks left a mark on American cinematic history for a decade. He continues to do so to this day, but historically this also means people might view his amazing success as having plateaued. This leads into the next contributing factor.

Screenwriter and former WGA officer Mike Mahern believes Hanks’ relatability is a double-edged sword. He is an Everyman. That “may be both the reason he gets little Academy recognition and also why he’s had such a long and successful career.” People enjoy seeing such a relatable individual find success. However, he makes the job look effortless.

Acting, however, is far from easy. This is especially the case when considering how sprawling the 63-year-old’s career is. Hanks doesn’t seem on the road to pursuing paths similar to those who revitalized their careers and recognitions. While he has played his share of complicated characters, others before him took a dive into more tortured roles, adding a grittier niche to their resume Hanks has not fully touched upon. His dilemma is similar to Cary Grant by being too reliable. People count on him to always deliver.

Demographics and ways of judging are shifting

Film and media strategic consultant Noah Cowan attributes his dry spell to demographics. “Breaking talent is the order of the day,” he stated. “Who is hot matters more in streaming culture than the more controlled studio regimen. There is also a justified desire to recognize more non-white men and women, and Hanks is kind of the Ur-white man.”

One former studio marketing chief added, “Voters love nominating people who are newbies, grateful for the opportunity.” We see trends like these with Edward Norton in Primal Fear, Lupita Nyong’o in 12 Years a Slave, Marisa Tomei in My Cousin Vinny and Daniel Kaluuya in Get Out. At the end of the day, it simply may be that Hanks is a perpetually appreciated actor who wins our hearts as the next generation wins the trophies.

Click for next Article
Previous article: Michael J. Fox And Tracy Pollan Plan To Travel After Their Youngest Goes To College Next Year
Next Post: Dolly Parton Pranks Jimmy Fallon With Fake Story On His Show