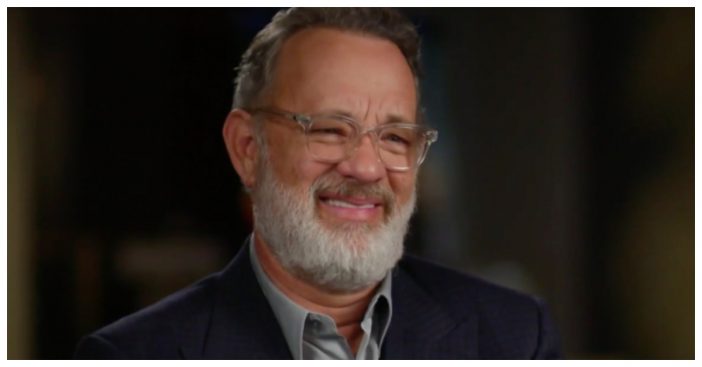 Tom Hanks is undoubtedly one of the greatest and most enjoyable actors to watch. TODAY even dubbed him ‘America’s Sweetheart,’ and he truly is a sweetheart! With his newest film coming up, where he depicts Mr. Fred Rogers in A Beautiful Day in the Neighborhood, there has been a lot of talk about him. Savannah Guthrie sits down with Hanks in a new interview, where she asks him if it’s ever a burden to him being ‘America’s Sweetheart.’

To that question, he responds, “I don’t think there is a person on the planet Earth, no matter where they are, unless they’re sociopaths, that don’t have a moment, somehow, where they think ‘Am I a fraud? Am I actually what this is?'” He continues, “Am I actually being true to myself enough to feel as though at any given moment I truly am present?”

Tom Hanks calls himself a ‘fraud’… is he, though?

The actor is the fifth-highest-grossing actor in North America, according to Wikipedia. He’s won a number of Golden Globe Awards and Academy Awards for his work. He would also receive a Presidential Medal of Freedom from President Barack Obama back in 2016. Hanks is also a recipient of the French Legion of Honor. Take a look at just a few of his best moments below!