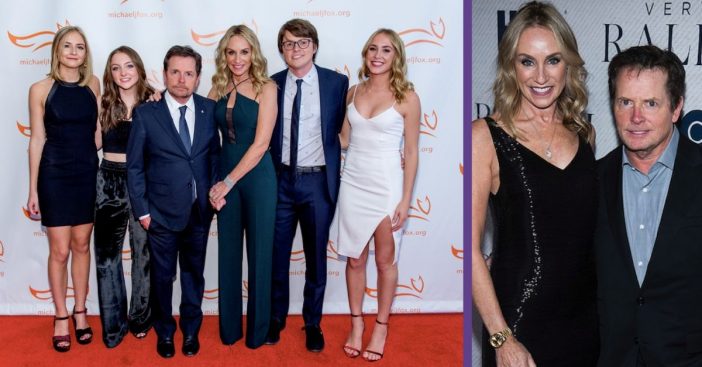 Michael J. Fox and Tracy Pollan are about to become empty-nesters! This past weekend, the couple reveals that for the new year, they plan to do some traveling once their youngest child is off to college. The two were attending A Funny Thing Happened on the Way to Cure Parkinson’s Gala. This is an event for Fox’s foundation, The Michael J. Fox Foundation.

“Our youngest is going off to college, so we are going to be empty-nesters, so… we are going to do some traveling!” Fox says. He and his wife have four children together, son Sam Michael, 30, twin daughters Aquinnah Kathleen and Schuyler Frances, both 24, and daughter Esme Annabelle, 18.

Fox was originally diagnosed with Parkinson’s disease in 1991 at age 29. For example, he shares to PEOPLE just what this Gala event means to him. “It is special for our family and for the wider family of the Parkinson’s community and the scientists that work with us and Team Fox, and it is just a night to celebrate,” he says.

He continues, “We don’t hit policy hard tonight, we don’t hit fundraising hard, we just talk about what we have done over the year and celebrate.”

“It’s so fun,” Pollan adds. “It is actually always a very fun night and, like Michael said, it really is kind of our way to say thank you to everybody and to get together and Sheryl Crow is amazing, and Colon Quinn, and you know, it is just an amazing night of entertainment, and everybody has a good time.”

The Michael J. Fox Foundation was founded by the actor himself in 2000. He actually recently announced that they have raised close to $1 billion so far to fund research into Parkinson’s disease and, ultimately, a cure. Pollan has made sure to stand by her husband through it all. The two met in 1985 and would marry three years later, just before his Parkinson’s diagnosis. She would stand by him through it all as he battles this disease and becomes a vigorous activist on the health issue.

Previous article: Barbara Bush Sewed Holiday Stockings For Great-Grandson She Didn’t Get To Meet
Next Post: Tom Hanks Hasn’t Been Oscar Nominated Since 2001 – But Why Is That