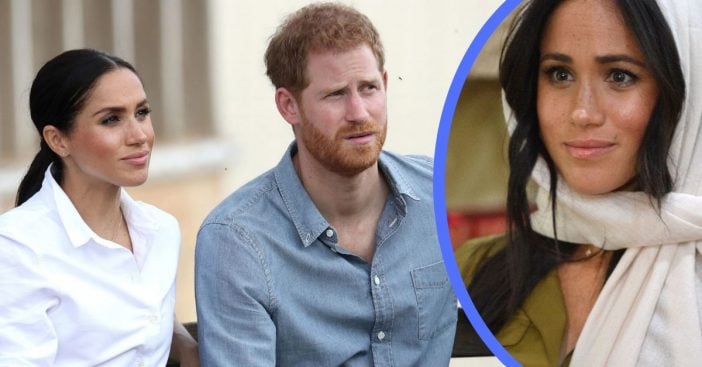 Meghan Markle, Duchess of Sussex, has faced frequent criticism and intrusiveness from the British tabloids. Various outlets critique different aspects of the Duchess. These include her heritage, her desire for privacy, and any breaches in royal precedent. Those around her see the attacks, and anyone close to Duchess Meghan knows the pain it causes her. Some outlets, rather than ease their badgering, instead debate if the Royal Family even likes Duchess Meghan or not.

To this day, Prince Harry sees the effects of these attacks front and center. He ignores none of this and now is not holding back in his retaliation. With his wife, he is opening up about how damaging the British tabloids’ relentless hounding is. Prince Harry refuses to let himself and his wife be dehumanized.

The British media has not held back, and neither is Prince Harry

Duchess Meghan has a history of enduring attacks directed at her. In public, she silently brushes off any criticisms and invasive evaluations the public launches against her. But privately, it has taken its toll. Prince Harry decries this treatment, saying, “Put simply it is bullying, which scares and silences people.” And while their relentless pressing persists, Prince Harry feels he has been silent “for too long.”

Much of his condemnation came during the new documentary Harry & Meghan: An African Journey. The special aired in the U.K. on Sunday. An insider told PEOPLE, “He sees the pain of his wife and the attacks she faces, and he wants to try to sort it out.” In the documentary, he stated, “Look, part of this job and part of any job, like everybody, means putting on a brave face and turning a cheek to a lot of the stuff. But again, for me and for my wife, of course, there’s a lot of stuff that hurts — especially when the majority of it is untrue.”

Fears of the British tabloids stem from a deep, personal place

Prince Harry is no stranger to the British tabloids’ attention. He has also seen what harm relentless pursuit can bring. 1997 saw the death of his mother, Princess Diana. The memory still haunts Prince Harry. He admits his “deepest fear is history repeating itself.” Seeing the past threaten to unfold once again today, Prince Harry vows, “I will not be bullied into playing a game that killed my mum.”

The Duke of Sussex recently filed claims against News UK (owner of The Sun) and MGN (former owner of The Mirror). Reportedly, they hacked into Duchess Meghan’s voicemail. This follows Prince Harry’s strong condemnation of the media’s “ruthless” behavior and “bullying” of his wife, Duchess Meghan. A legal spokesperson representing the Duchess cites charges of “intrusive and unlawful publication of a private letter” to “publish false and deliberately derogatory stories about her.”

10 Royal Family Food Rules That They Have To Follow

Click for next Article
Previous article: Chip And Joanna Announce First Series On Their New Network
Next Post: Beth Chapman’s Daughter Is Selling Merch ‘For Beth’