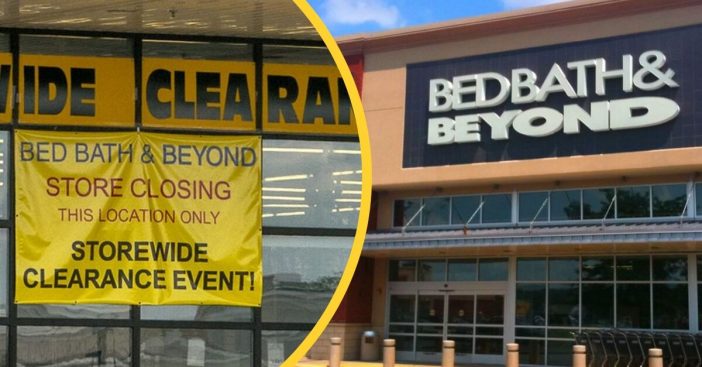 It looks like Bed Bath & Beyond is increasing its number of stores set to close in the fiscal year. The home goods retailer also operates buybuy Baby, Harmon Face Values, and World Market. They say they will close 60 more stores in the fiscal year, which is up 20 stores from the original estimate from April of 40 stores.

Most of these closings are expected to take place after the holiday season, in early 2020. The company’s fiscal year ends in early March, so we can probably see the closings around then.

Interim CEO Mary Winston talks about the projection of 40 stores to 60 stores for the upcoming closing. She says, “With this action we are increasing the profitability of our remaining portfolio and believe that our remaining fleet will benefit from our renewed focus on driving traffic and operating efficiency.”

She adds that the “fleet optimization” will “create a better balance between our physical and digital presence within the markets we serve.”

Retail becoming more and more like “yesterday’s way to shop”

Winston does say that there are no plans to renegotiate all leases. She adds that “$350 million of inventory at retail will be removed from stores before the 2019 holiday season.” Shoppers can expect a series of markdowns and clearance events.

A global marketing research firm, Coresight Research, says that across the retail sector, nearly 8,600 store closures have been announced so far this year. This is actually up from 5,900 closings in 2018. Additionally, Coresight expects that store closures could estimate to 12,000 by the end of the year.

Toys R Us Is Making A Comeback! New Stores Coming This Year.