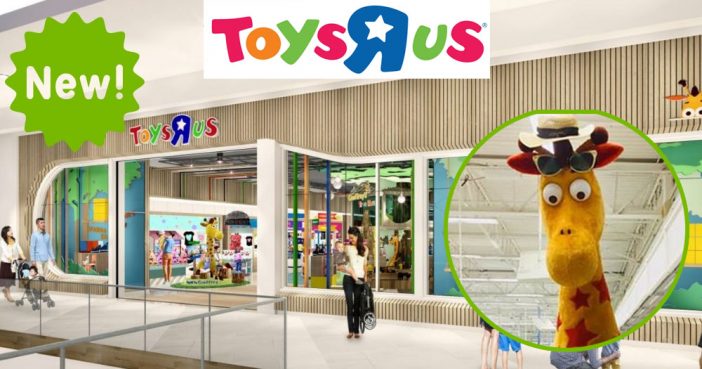 We previously reported that Toys R Us was bought by a new owner. The company Parsippany, founded by some of the former Toys R Us executives, now manages Toys R Us, Babies R Us and Geoffrey Brands. While the company went bankrupt in 2017, it seems to be back on the map.

In other countries outside the United States, there are still about 800 stores. They plan to open about 70 new Toys R Us stores in Europe, India, and Asia, So, it seems that the store actually does quite well in other countries.

Learn where the U.S. stores will re-open

The company has also formed a partnership with another company called b8Ta. Their new business model states that toy makers will pay for store space and collect sales. We are curious to see how the new stores look and operate!

Find out what the new stores will be like

According to BleedingCool.com, “The new Toys R Us stores will serve as must-visit destinations for kids to learn, play, and fall in love with the latest and most popular toys, and for parents to have fun with their children and ignite their own childlike sense of play. The stores will be highly interactive with new events and activities every day, from seeing toys displayed out of the box to test before making a purchase, to visiting different brand stations to driving learning through play embracing STEAM, or just having fun with Geoffrey the Giraffe in the open playspace.”

The announcement continues, “Using b8ta’s innovative experiential retail model, brands will showcase their products in an interactive, playground-like environment, creating an entirely new retail experience centered around product discovery and engagement. Brands also will have the opportunity to design custom experiences and branded shops to help them create memorable experiences for parents and children.”

What do you think about Toys R Us making a comeback? Will you shop at the brand new stores if they are in your area?

Learn more about the Toys R Us comeback!