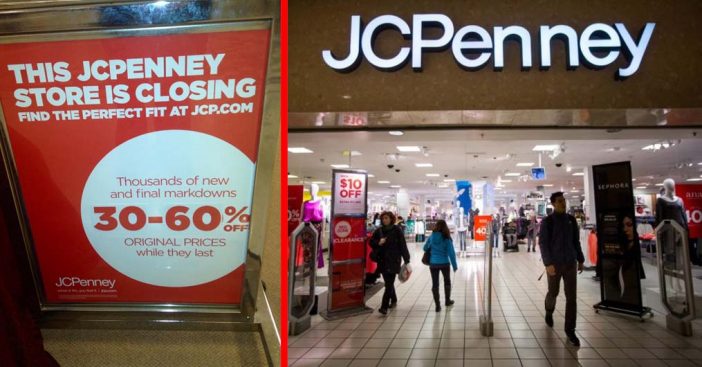 Gap, JCPenney, and Victoria’s Secret are among the stores that have collectively announced 300 store closures over the course of a 24-hour period. With the memorable Toys “R” Us bankruptcy last year and its struggle to return to retail competition, it still seems like the fall of retail is far from over.

Joining these stores includes Tesla, who announced that they will be closing several of its 378 physical dealerships in favor of online-only sales. This further proves that the rise of e-commerce is putting in-store retail to the grave quickly.

To even further the disarray that retail is experiencing right now, Gap has announced that they will be closing 230 namesake stores and Old Navy will also be splitting from the company. Gap’s same-store sales fell 7% during the holiday quarter.

Victoria’s Secrets sales fell 3% during the same quarter and JCPenney, 4%. Citing a “decline in performance,” this brings to a collective 300-store closure among Gap, JCPenney, and Victoria’s Secret. With the announcements coming in full-swing lately, it is predicted that there will be a planned 4,500 store closures in the entire year of 2019.

Tesla has backed its decision to shift sales online in a blog post to the public. They said,

“Shifting all sales online, combined with other ongoing cost efficiencies, will enable us to lower all vehicle prices by about 6% on average.” We’re imagining this would likely be the case for other retailers such as JCPenney who have online stores that perform better in sales than in-store.

As shown by the chart above, while retail sales seemed to simply fluctuate for most of mid-2018, the holiday quarter dropped by a stunning 1.2% across the board. Additionally, many of the growths were very minor increases of about .01-.03%, not showing much consistent dynamic growth. This makes the future of retail look a bit bleak if they can’t get their in-store sales up.

Some experts in the field of e-commerce have even predicted that online sales will only increase from here, showing an 11.9% increase in 2018 alone. One chart shows a 17.5% increase in online sales by 2021, so maybe it’s no surprise that so many retailers are closing down locations and switching to primarily online selling.

Are you shocked that all these stores are closing down? Be sure to SHARE this article with your thoughts! We hate to see our favorite stores go.

Check out the full news coverage on the apparent retail apocalypse hitting U.S. stores below:

Previous article: Chip And Joanna Gaines Are Fixing Up A Castle In Texas
Next Post: John Stamos Reveals That ‘Fuller House’ Co-Star Jodie Sweetin Helped Him Get Sober