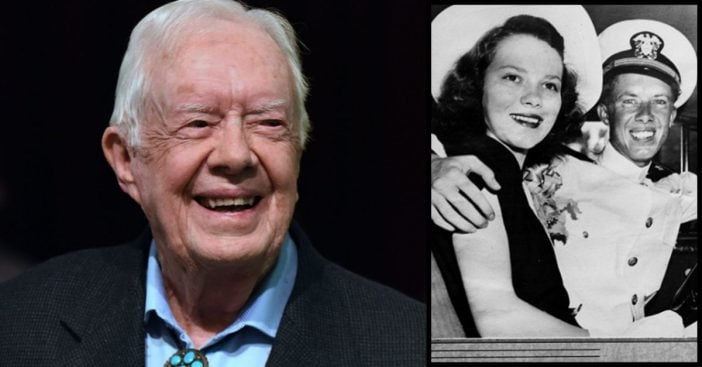 Those who are interested in sending Carter a Happy Birthday message can do so on the Center’s website. Simply submit the free message to his website and your message will be seen by him!

Not many presidents have lived into their 90s. The full list of former presidents who have include Carter himself, George H.W. Bush, John Adams, Herbert Hoover, Ronald Reagan, and Gerald Ford. Despite being up in age, Carter continues to defy all health odds. Earlier this year, he had hip surgery after a fall. However, he was soon released from the hospital and immediately went back to teaching Sunday school and building homes with Habitat for Humanity.

The Carters seem to have no plans of stopping yet! They plan to continue their humanitarian work with Habitat for Humanity since Carter has recovered from his surgery.

A spokesperson for the Carter Center reveals that the Carters plan to build 21 new homes in Nashville, TN in October of this year. “There have been many times when people have tried to count President Carter out, and they have never been right. We are excited that they will both be back,” Bryan Thomas, a spokesman for Habitat for Humanity International says.

Carter is no stranger to health issues trying to hold him back. In 2015, he was diagnosed with cancer after doctors detect 4 spots of cancer had spread to his brain. He would initially believe that he had very little time left, but thankfully, has clearly overcome those health issues! He is one strong man.

We hope for well wishes and good health towards this lovely couple! Best of luck in their humanitarian mission!

Learn more about the $167,000 Georgia house that Jimmy Carter built before he was President.