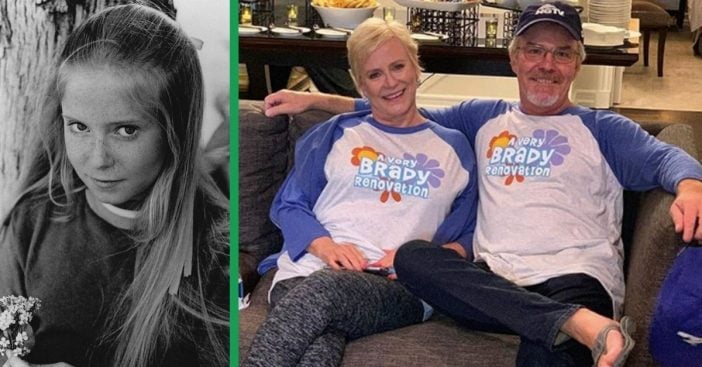 Eve Plumb is best known for her role on the hit series The Brady Bunch as Jan Brady. She’s one of those child stars that would grow up to be very successful in her own right, straying from the path of drug addiction, questionable behavior, and more that clouds Hollywood’s finest.

She opens up about why she and her husband of 24 years, Ken Pace, decided to not have children. She simply says it’s because she never wanted to be a mother. While this may be shocking to many, we can understand her reasoning.

Eve reveals why she didn’t want to be a mom

The actress opens up on a radio show called “Sway’s Universe” about her decision to not have children. She was originally asked if it was due to a career choice. Eve simply says, “It’s just not something that appeals to me, and I know that it is a really hard job, and it’s not something that I was willing to take on.”

She praises adoption as an important option to consider

The 61-year-old actress additionally says that should she consider having kids, she would have gone through the adoption process. “I think adopting is a great idea, especially because there are a lot of older children that need to be adopted,” she says.

Eve adds on about the older children waiting on adoption: “Everybody wants a baby, but there are a lot of older children that need to be adopted, especially out of the foster system.”

What she’s up to now

Eve and her husband, Ken, would marry in 1995 and have been together ever since. It’s in between 1998 and 2003 when Eve would step away from the spotlight and focus on some of her other passions in life. One of them being painting! He works focus on “spontaneous still lifes.” Her art can be found in galleries in Cape Cod, Connecticut, Tennessee, Arizona, and “one of the Carolinas.”

In recent years, Eve has been back in the spotlight. In 2013, she would guest star on Law and Order: SVU as Angela Brooks in the episode “Monster’s Legacy.” Then in 2016, she would reprise the role of shop teacher Mrs. Murdoch in Fox’s production of Grease Live.

‘The Brady Bunch’ kids admit that they stole some items from set! Take a look at those details here.

Click for next Article
Previous article: Burt Reynolds Was Almost In ‘The Godfather’ Before Marlon Brando Stopped It
Next Post: Anna Nicole Smith’s Daughter, Dannielynn, Talks About Her Love Of Acting