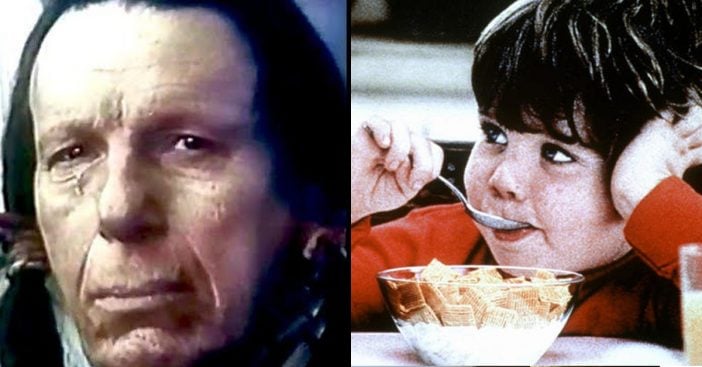 How many 1970s commercials do you remember? Even though commercials can just be annoying advertisements, some commercials are entertaining and get remembered for decades. Many new commercials pop up during the Super Bowl and become iconic.

Others just pop up on a random evening while watching television and become legendary as well. It was no different in the ’70s. See if you can remember all of these iconic commercials from the 1970s:

Razor commercials were very popular in the ’70s. Henry Winkler, well known for playing Fonzie on Happy Days, joined in advertise the Schick Injector. Henry plays a son who convinces his parents that this is a great razor. It is strange seeing Henry with a mustache!

Do you remember Noxzema? It was a popular facial care product and this ad features Joe Namath and Farrah Fawcett. Three years after this commercial came out, the poster that really put her on the map came out.

Do you remember this commercial? Master Lock advertised their padlocks and how tough they were by shooting it with a gun. They would continue to use this advertising theme in later commercials.

The Big Mac was released in the late ’60s and the advertising ramped up in the ’70s. Do you remember the jingle from this commercial?

Ponderosa Steakhouse was once a very popular chain restaurant. There are now only a few restaurants left in the United States. Do you remember those metal trays they used to give you during a steak dinner? This ’70s commercial makes us nostalgic for those!

Read on to the NEXT page for even more iconic commercials from the ’70s!

Page Page 1 of 2
Previous article: Priscilla Presley Had A Son After Having Lisa Marie Presley
Next Post: Christie Brinkley Joins ‘Dancing With The Stars’ And A Whole New Cast