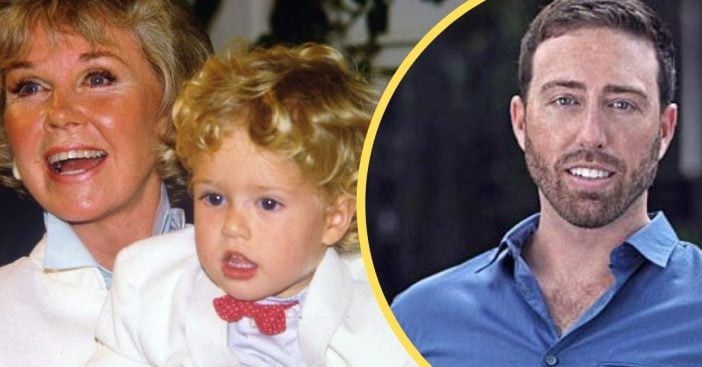 A pen pal of Doris Day reveals that the late actress wanted to reconnect with her estranged grandson, Ryan Melcher. Doris’s manager, Bob Bashara, was forcing Ryan not to see his grandmother. Speculation was already occurring when Ryan accused Bob of keeping Doris’s loved ones away from her.

Now, prolific pen pal Mike DeVita has confirmed that Bob indeed kept Doris away from her loved ones purposely. Ryan originally said that Bob kept him from having dinner with his late grandmother that she had requested herself. Doris’s publicist at the time came out saying that Doris made the decision to not see her grandson, which turns out, was false information.

Her pen pal didn’t understand the story about estranged grandson

Mike DeVita, who had traded more than 500 letters with Doris while she was alive, was just as confused about the dinner cancelation as Ryan was.

“The story with the grandson is so weird,” he says. “Doris really wanted to reconnect.” He also adds that Doris was exploited by her ex-husbands. She would often look to them as father figures and would look to Bob as one as well.

Ryan originally claims that Bob used his position to influence Doris to cut out other family members and to complete replace her long-time staff with his own family. As a result of everything, Ryan had to learn of his grandmother’s death through social media.

“I received the news of my grandmother’s passing like many of you — I awoke and read the news in a social media feed Monday morning,” Ryan reveals to his following. “Sadly, due to a divorce that I was thrown into the middle of while still an underaged child, I have not been allowed to see my grandmother for quite some time. When I was invited by Doris to dinner a few years ago after my father’s untimely death in November 2004 (melanoma), her new business manager, a former fan, intervened and asked me to meet him at the family-owned Cypress Inn here in Carmel, California.”

He doesn’t understand why he can’t see his grandmother

Ryan continues, “I was asked by this man: “Why do you want to see Doris?” I was shocked not only at the question but also that it was coming from someone who was a stranger and outsider. I just responded, “um….she is my grandmother!” He replied, “I’m afraid you aren’t going to be able to see your grandmother,” citing the divorce between my parents as his excuse.”

Ryan shares that he experiences a lot of confusion by Bob forcing him to stay away from his grandmother. He also says that looking back on everything he “should have said more.”

DeVita says he can’t speak much about what role Bob played exactly in the estranged grandson case. But he does say that he shares similarities with all of Doris’s exes. “Doris was very trusting. She was manipulated all her life, usually by her husbands. She was looking for the father she never had with her husbands — and even Bob.”

At this time, it remains unclear what will become of the nearly $5 million in assets belonging to Doris’s animal welfare foundation.

This is such a heartbreaking situation to be in.

Take a look at all of the initial details from Ryan Melcher’s accusations toward Bob Bashara.

Previous article: Find Out Why Oreo Decided To Temporarily Change Their Name
Next Post: Wildly Fun And Totally Unique Games And Puzzles! Game Night Will Never Be The Same