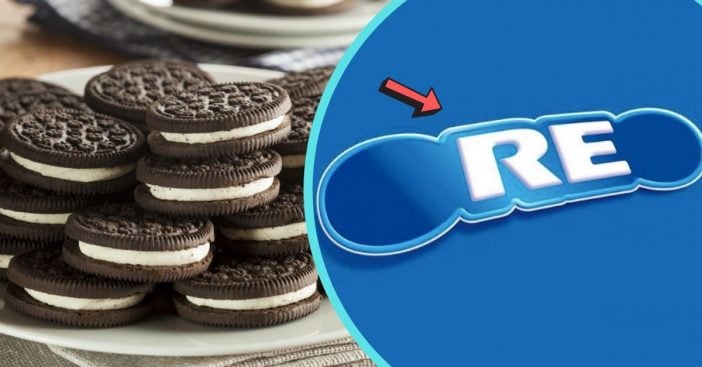 Yes, it looks like Oreo has temporarily “changed” its name for a promotional photo posted on their social media. This comes a year after IHOP changed its name to IHOb to promote their burgers. In further news, Jamba Juice even decided to drop the “Juice” from their name, so it looks like name changes are becoming a pretty popular marketing strategy.

Milk’s favorite cookie updated its social media profile photos for the first time in several months. The new photo removes both ‘O’s from the word ‘Oreo,’ leaving ‘RE’.

Many fans began speculating that the name change could signify a new flavor. Others think that it might mean a cream-only option. “Everyone knows the O represents the cookie so does this mean we’re just getting boxes of cream? I’m okay with that,” one user says.

Just a few moments after their profile photos changed, they uploaded yet another cryptic picture to their Instagram account. This prompts even further questioning by fans!

“We’re over the moon about what we’re announcing soon … stay tuned!” Oreo says in their Instagram photo caption. Earlier this week, the brand did announce that they will be holding another Mystery Flavor contest like the one they held back in 2017.

However, according to Food & Wine, Oreo will be releasing another mystery flavor later this year. Could this be the news that Oreo is keeping from us?

Our O’s are missing! Help us fill them up for #WorldBloodDonorDay by clicking the link and signing up with the American Red Cross to donate your O’s, A’s, and B’s. #MissingTypes https://t.co/56DRujTVxf pic.twitter.com/s9LT3kZmzI

“Our O’s are missing! Help us fill them up for #WorldBloodDonorDay by clicking the link and signing up with the American Red Cross to donate your O’s, A’s, and B’s,” Oreo tweeted out. So, what we do know is that the name change seems to be a promotion for blood donations. A great cause! And very clever to say that they’re missing their O’s as in blood type O.

But does this explain the cryptic Instagram post? As it was just posted 4 hours ago at the time of writing this, we aren’t sure they both mean the same thing. Fans are still waiting for a new announcement coming soon.

Can you believe another big company changed its name for a marketing strategy? Who will change their name next?

IHOP changed their name last year, but they also did a name change a second time just a few weeks ago! Find out what their newest change was for… you might be surprised!