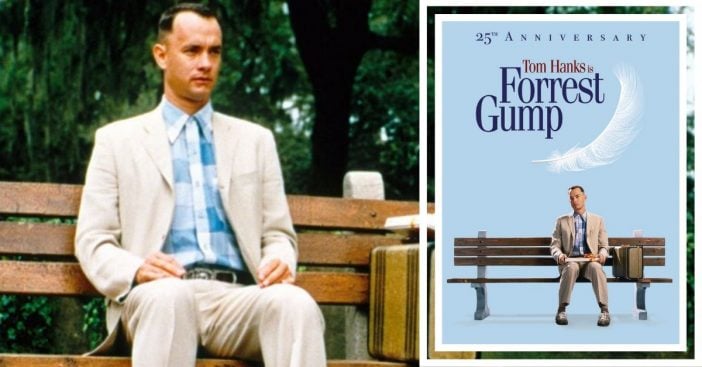 It looks like Forrest Gump is officially returning to theaters! This time it’s to celebrate the movie’s 25th anniversary. Fathom Events and Paramount Pictures are bringing the 1994 classic film back into theaters for two days only, June 23rd and June 25th at 3 p.m. and 7 p.m. local time.

Similar to other events hosted by Fathom Events, over 600 movie theaters will be taking part in this exciting screening! Do you remember your first time seeing Forrest Gump in theaters? No wonder it’s an Oscar-winning classic!

The film is centered around the slow-witted yet lovable character of Forrest Gump, played by the incredible Tom Hanks. He depicts several details and different years throughout his life until he finds himself right in the middle of some of the nation’s greatest historical events. From meeting President John F. Kennedy right in the White House to enlisting/serving in the U.S. Army, he is part of some pretty amazing stuff.

He even endorses a company that makes ping pong paddles and wins big, creates Bubba Gump Shrimp Company, and becomes a millionaire after Dan invests into Apple Computers. This movie has a little something quirky for everyone; including a love interest!

There is a lot more that goes down in Forrest Gump but you’ll just have to attend the 25th-anniversary screening to find out what!

Be sure to get your tickets through the Fathom Events website!

Do you remember the original Forrest Gump trailer?

Check out the bizarre sequel to the first movie that was scrapped after 9/11 took place… and why they scrapped it at all!