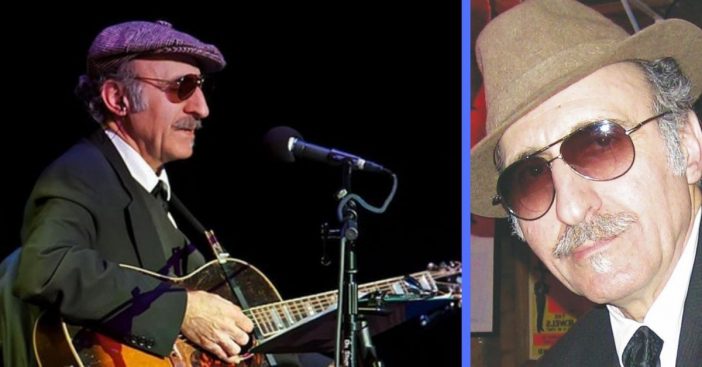 It has sadly been reported that Leon Redbone, a singer-songwriter who specialized in old-school vaudeville and Tin Pan Alley type music, died on Thursday, May 30th. His death was confirmed by his family. He was 69 years old and there has been no cause of death disclosed. He retired in 2015, but a representative said that he had unspecified health issues that had “been a matter of concern for some time.”

In classic whimsical Redbone fashion, the official statement of his death that was posted on his official website declared that he died at the age of 127. Many are questioning that the statement may have been drafted by Redbone himself prior to his death.

The confirmation of Leon Redbone’s death

The official statement on his website read: “It is with heavy hearts we announce that early this morning, May 30th, 2019, Leon Redbone crossed the delta for that beautiful shore at the age of 127…”

“He departed our world with his guitar, his trusty companion Rover, and a simple tip of his hat. He’s interested to see what Blind Blake, Emmett, and Jelly Roll have been up to in his absence, and has plans for a rousing sing along number with Sári Barabás. An eternity of pouring through texts in the Library of Ashurbanipal will be a welcome repose, perhaps followed by a shot or two of whiskey with Lee Morse, and some long overdue discussions with his favorite Uncle, Suppiluliuma I of the Hittites. To his fans, friends, and loving family who have already been missing him so in this realm he says, ‘Oh behave yourselves. Thank you…. and good evening everybody.’”

Redbone is perhaps best-known for his frequent appearances as the musical guest on Saturday Night Live in the ’70s, frequent appearances with Johnny Carson on The Tonight Show in the 1980s, singing the themes for TV’s Mr. Beledevere and Harry and the Hendersons, and lending his vocal talents for a duet of “Baby, It’s Cold Outside” with Zooey Deschanel to the soundtrack of the 2003 movie Elf and voicing the animated character of Leon the Snowman.

He was also known for his ’20s and ’30s-style pieces that made people turn heads easily. He produced 16 full-length albums, his final release being 2014’s Flying By.

Bob Dylan was a huge fan of Redbone, telling Rolling Stone magazine,  “Leon interests me. I’ve heard he’s anywhere from 25 to 60, I’ve been [a foot and a half from him] and I can’t tell, but you gotta see him. He does old Jimmie Rodgers, then turns around and does a Robert Johnson.”

We will miss Leon Redbone terribly! May he rest in peace.

Do you remember Leon Redbone’s voice in the 2003 Christmas movie Elf? One of the songs that Leon Redbone sang alongside Zooey Deschanel earned some backlash last Christmas season. Check it out!

Previous article: Arnold Schwarzenegger Defends 102-Year-Old Woman Being Evicted From Home
Next Post: Take A Look At This Woman’s 1957 Chevy, The Only Car She’s Driven Since Then