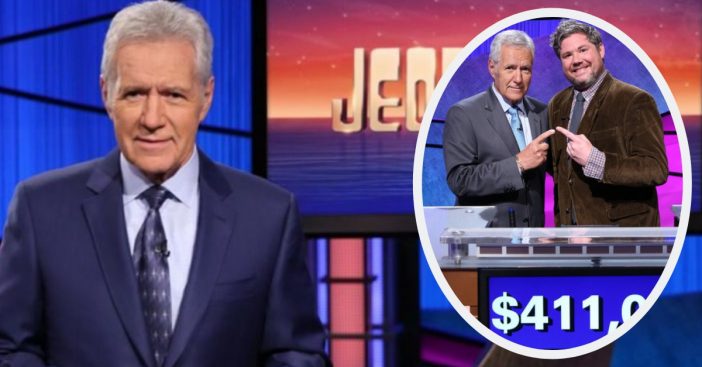 It now appears that Jeopardy!‘s search to find current host Alex Trebek‘s replacement is in full swing. Recently, the game show host announced that he was diagnosed with stage 4 pancreatic cancer, which typically has a very grim prognosis. Despite this, Trebek plans to fight this cancer battle and win.

With this being said, Rob Shuter of Radar Online has reported that the show was already searching for a replacement with Trebek’s retirement in mind, but now with a pancreatic cancer diagnosis, that process has been accelerated.

“Jeopardy! is searching to replace Alex Trebek,” Shuter explained in a new episode of his Straight Shuter podcast. “Alex has just three years left on his contract with Jeopardy, and he recently disclosed that he was diagnosed with Stage 4 cancer, so now, the show is looking for a new host.”

Shuter also further explained that the decision for this was “not necessarily because of his health issues,” but because of the existing plans to replace him for when his contract expired.

Further reports say that by taking on a new host after Trebek leaves, producers of Jeopardy! hope to “refresh the format of the show, not change it.” There seems to be a lot of speculation as well surrounding what type of host the producers plan to take on. “They’re talking about his replacement, and it’s always centered around a female host, maybe even someone of color,” Shuter says.

Additionally, they’re looking for “someone smart and well-educated” as well as “respected and trustworthy.”

In the announcement video that Trebek posted, he wanted to be sure that his loyal fans and following were receiving the news straight from him, and not an embellished or exaggerated version of it from another news source.

“Normally the prognosis for this is not very encouraging… but I’m going to fight this. I’m going to keep working. With the love and support of my family and friends, AND, with the help of your prayers, also. I plan to beat the low survival rate statistics for this disease,” he said.

All of us at DYR are hoping for a positive turn-out for Trebek and we wish the show’s producers the best of luck on finding a new host to replace him when the time comes. That host will undoubtedly have big shoes to fill!

Check out the full announcement video from Alex Trebek below: