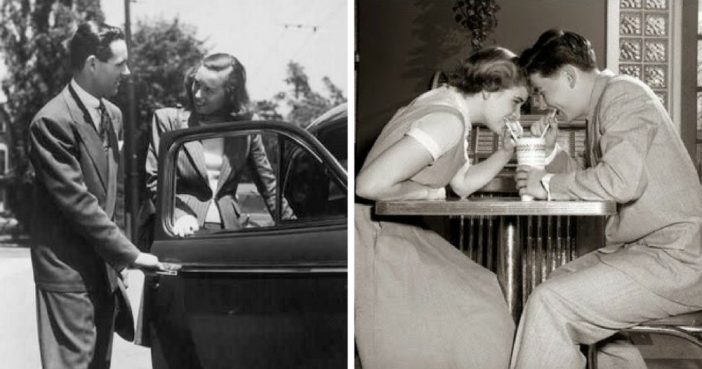 People love to complain about the death of manners. When we talk about modern manners, we seem to always wax nostalgic about how folks were more polite “back in the day.” It’s unclear where that means things were better in the 1870s, the 1950s, or just the era before smartphones.

Either way, from what you read about the kids these days, it seems the good times are long behind us. The British Psychological Society released a report in 2016 indicating that people might just perceive more rudeness from strangers nowadays – because we’re kind of full of ourselves.

What we’re truly discussing is the decline of formality, which can’t necessarily be conflated with good manners – or basic human decency. People have always been nice and rude, and just about everything in between. Manners simply change with time and context.

Here are some old-fashioned manners that have fallen by the wayside:

Back in the day, people would leave each other calling cards, to introduce themselves or let absent friends know they’d visited. There were all sorts of complicated rules surrounding the practice.

2. Addressing people by their last name and title

Throughout much of modern history, it would have been considered catastrophically impertinent to address a new acquaintance — especially one of higher social rank — by their first name. Today, in some situations, it’s best to stick to a level of formality.

A 2013 survey in the UK found people really don’t like telemarketers calling them by their first names, the Daily Mail reported.

However, it’s becoming less common for people to insist on being addressed by their title and last name, Business Insider’s Shana Lebowitz reported. A 1992 study from the National Center for Biotechnology Information found 45% of patients preferred to be called by their first names when meeting a physician for the first time — and 26% of respondents had no preference.

When it came to doctors whom they knew well, 78% of patients wanted to be called by their first names.

3. Dressing up to go on a plane

There’s a keen sense of nostalgia for the glamorous air travel of decades past. People used to dress up for flights like they were going out for a nice dinner or fancy event. Some airlines even had dress codes. In a thread reflecting on past air travel norms, Quora users remembered smartly dressed passengers, cabins thick with cigarette smoke, and even casual visits to the cockpit.

The deregulation of the airlines in the 1970s led to fewer perks, according to the Boston Globe’s Christopher Muther. It also helped lower flight costs and democratize air travel. Today, most people try to keep things casual, in terms of what they wear on the plane. But there’s still a small incentive for dressing up. According to INSIDER’s Sophie-Claire Hoeller, fashionably dressed customers are more likely to get an upgrade.

4. Telling girls to assuage male egos at all costs

The 1959 etiquette book “She-Manners” encouraged teenage girls to “forget your own desires for importance” in order to please men. It stated, “Compliment him on his physical prowess, his mental acumen, his good looks, his virility. The worst mistake a girl can make is to make a man feel intellectually inferior or inadequate as a male.”

5. Requiring men to tend to women in public

Back in the day, men weren’t just expected to hold doors for women. They were to help them put their coats on, ease them out of their seats, order food for them, and pay for every meal. That may seem excessive to us, but it was simply good manners back until gender norms began to budge in US in the 1960s and 1970s.

Of course, people can adopt whatever old-school manners they want to in their personal life, as long as everyone’s happy. But nowadays, this barrage of attentiveness wouldn’t be considered courteous, Business Insider previously reported. In fact, many would find it patronizing and disconcerting.

RELATED: Chick-Fil-A Is So Successful Because They Taught Their Workers To Have Good Manners

Click for next Article
Previous article: Sleepy? An Afternoon Nap Is Good For Your Health
Next Post: The Cast Of “The Wonder Years” Reunited And Took Some Selfies