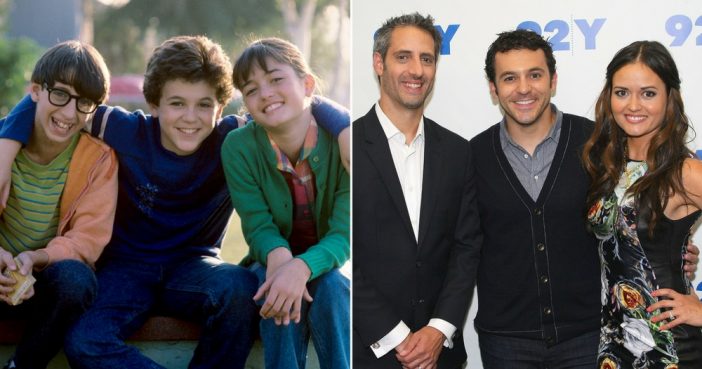 The cast of ‘The Wonder Years’ reunited and took a whole lot of photos that will blast you with a wave of nostalgia.

The Arnold family, Kevin’s best friend Paul and his sweetheart Winnie came together for a photo shoot to promote an upcoming DVD release of the ‘80s TV show. If you were a fan when you were younger, seeing the all-grown-up cast back at the white kitchen table in front of the yellow window curtains will have you aching to break out your tape recordings of old episodes. To hold us over while we wait for the DVD set, Fred Savage and the rest of the family took a ton of selfies that almost makes it feel like the 20 years since the show ended didn’t even happen… almost.

It’s a given that we’ll have the iconic theme song, ‘With A Little Help From My Friends,’ on repeat for the rest of the afternoon.