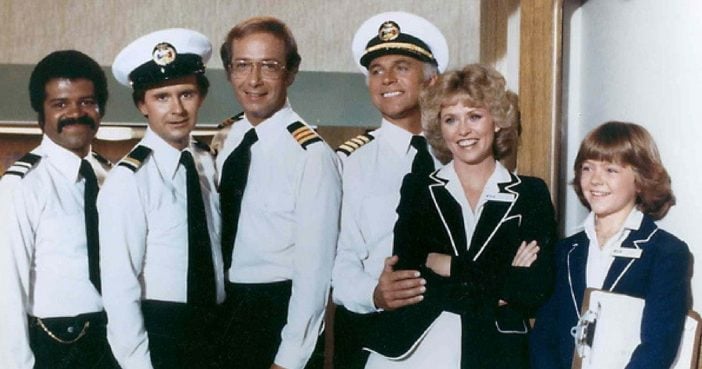 The Love Boat was an American television series set on a cruise ship which aired on the ABC Television Network from May 5, 1977, until May 24, 1986; three-hour specials aired in 1986–87 and 1990. The show revolves around the ship’s captain (played by Gavin MacLeod) and a handful of its crew, with several passengers – played by different guest actors for each episode – having romantic and humorous adventures. It was part of ABC’s popular Saturday night lineup that included Fantasy Island until that show ended in 1984.

And they get a big surprise live on air: the news that they’re getting a star on the Hollywood Walk of Fame.