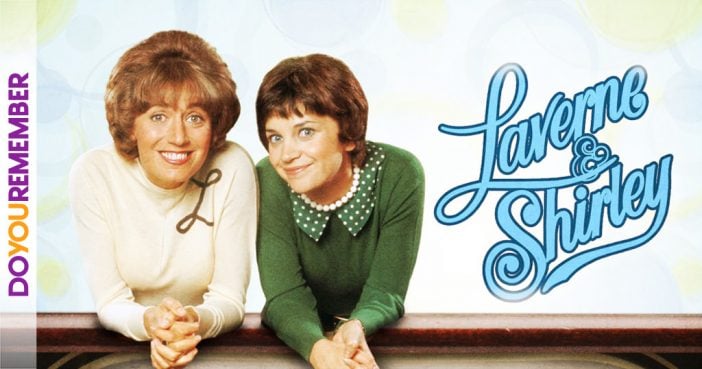 One of the greatest buddy comedies of the ’70s premiered on January 27th, 1976, when America officially fell in love with Laverne & Shirley. The show, which chronicled the adventures of Milwaukee’s Shotz Brewery workers/roommates Laverne De Fazio and Shirley Feeney, was a spinoff of the hit TV show Happy Days, where their characters—famously played by Penny Marshall and Cindy Williams—were first introduced as love interests for Fonzie and Richie Cunningham. Laverne & Shirley was huge hit with viewers and a ratings winner for ABC during its seven seasons on the air. In honor of its premiere, DoYouRemember takes a look back at other Happy Days spinoffs.

Previous article: Top Pop 1987: Patrick Swayze Performs ‘She’s Like The Wind’
Next Post: Cooking With Betty Who? Here are the facts.