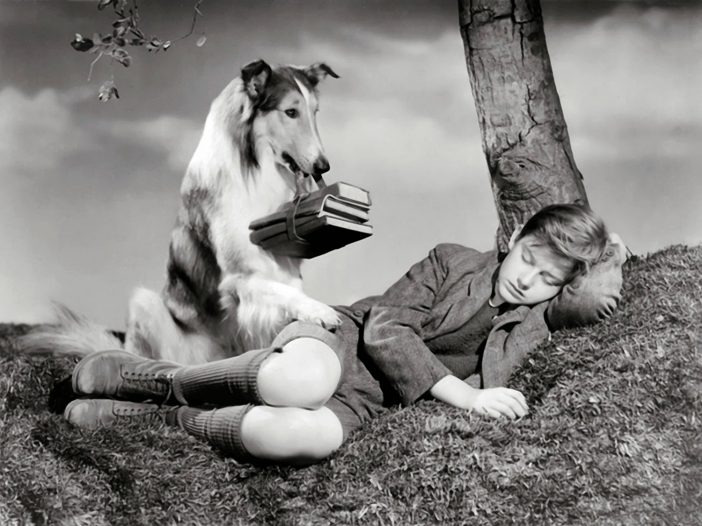 We all grew up watching these celebrity dogs! From Lassie to Toto, these are the pups that I loved watching as a child, and as an adult. I have always been an animal lover and with being a lover of furry friends. I am the first to fall in love or become obsessed with the new, cute videos on Facebook, YouTube and even on the streets of the city I live.

When it comes to celebrity pooches, my obsession with Canine characters (both real dogs and animated) was, and still is, very clear.

I mean, who didn’t grow up watching, or at least knowing, Lassie, Toto, Snoopy, or even Petey from The Little Rascals?

These celebrity canines, along with a LONG list of others have stolen our hearts in one way or another.

Whether they made us laugh or cry (I am 100% guilty of crying at EVERY TV show or Film with an animal in it) or scared us silly, these famous four-legged pooches have made big names for themselves and they all have made an impact on our lives.

Let’s get to the list of our favorite celebrity dogs!

Lassie is the obvious choice to begin our countdown. A collie, she is one of three animals who own their own Hollywood Star!

I loved watching the ’54 television series, mostly on reruns, but nonetheless, Lassie made a huge impact on me. Lassie is what most people think of when you mention celebrity dogs for sure.

A male German Shepherd, Rin Tin Tin was rescued by a US Soldier from a WWI battlefield. What an amazing story! The soldier trained the dog and began making silent films with his pup.

He appeared in 27 motion pictures and is forever supplanted as one of the most famous canines of all-time.

Toto was played by a female terrier who was paid almost as much as Dorothy. Seriously, check out all of their paychecks here.

Personally, Toto made such a huge impact on my childhood because I would watch The Wizard of Oz every month, heck, maybe every week! I loved Toto and the rest of the gang.

Ok, get the tissues out. Spike was a rescue dog! A labrador retriever mix, they actually did use the animals for the fighting scene, but, they were controlled and ‘well-rehearsed’.

Who are we missing? Who was your favorite?

Did you name a dog after a famous hound? Share your comments in the comment section below!

ALSO READ: THE AMAZING CHARACTERS OF HANNA-BARBERA
Click for next Article