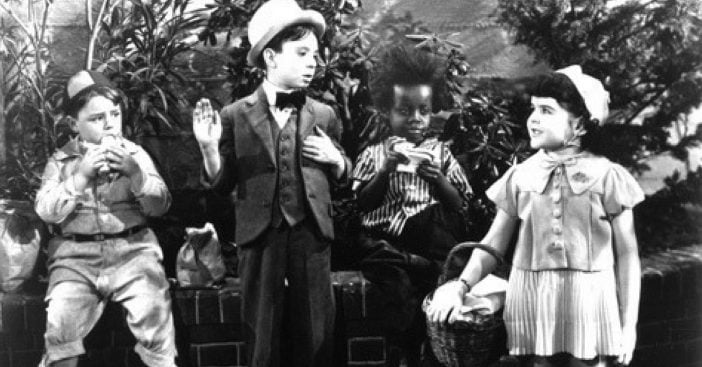 Do you remember The Little Rascals? There was a TV show that featured the adorable gang in 1955 and then later a movie in 1994. Let’s talk about the show and other short clips filmed previously. Do you ever wonder what those kids were up to after the show ended? Many of these kid actors actually faced major tragedy later in life.

Here is what happened to some of those young kids. One member of the cast met a pretty tragic early ending.

He allegedly confronted a hunting partner over a $50 debt and was shot to death. It was actually ruled that it was justifiable because Switzer had pulled out a knife first.

Spanky was played by George McFarland. He was also in the early years and was one of the youngest members of the gang. After he left the show, he left Hollywood as well. He joined the Air Force and moved back to Texas.

He had small jobs after such as working at a hamburger stand. George returned to TV briefly for The Spanky Show which introduced The Little Rascals. He later worked as a salesman and then died of a heart attack at 63 years old.

Buckwheat was played by William Thomas. Like many other rascals, he gave up acting after playing Buckwheat.

He was in the Army and then went behind the scenes as a film lab technician. He also died of a heart attack, but at age 49.

Darla was a sweetheart played by Darla Hood. She was one of the main stars. She later pursued a singing career and supplied vocals for many TV commercials.

Darla Hood also appeared on shows like The Merv Griffin Show. She died at age 47 from heart failure after an appendectomy.

Jackie was played by Jackie Cooper. Jackie actually did reach stardom after being a rascal. He starred in Skippy and received a Best Actor Oscar nomination at only age 9. Jackie worked regularly and earned a lot of money.

He starred in several sitcoms as well and then worked as a director. He died of natural causes at 88 years old.

Do you miss the Little Rascals? Which one was your favorite?

RELATED: An Inside Look On The Strange Death Of Carl “Alfalfa” Switzer

Click for next Article
Previous article: The Asian Long-Horned Tick Is Invading The U.S. And Posing Lethal Health Risks
Next Post: New Mom Learns The Hard Way That You Can Test Positive For Opioids After Eating Poppy Seeds