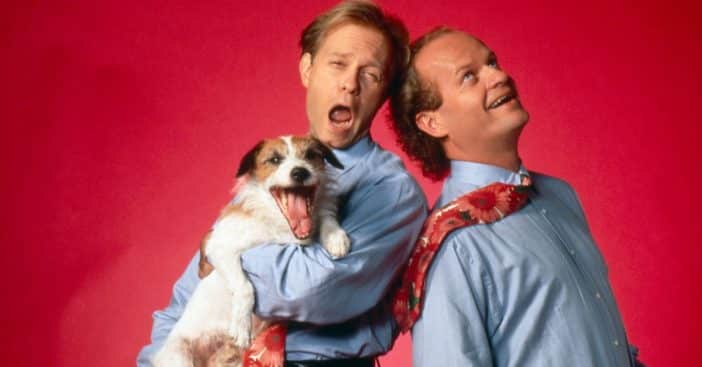 Cheers produced numerous characters that remain beloved to this day as well as multiple spinoffs. Perhaps the most celebrated, Frasier, is getting a reboot of its own and sees Kelsey Grammer return as Frasier Crane. Grammer envisioned this being a cast reunion as much as possible, saying the goal was to “try to bring back the whole cast, the whole legacy cast.” But Grammer has confirmed fans won’t see David Hyde Pierce in the Frasier spinoff.

Pierce played fellow psychiatrist and brother to Frasier, Niles Crane. While Frasier himself originates from Cheers, Niles is an original to the spinoff. Playing the germaphobe Niles is a role Pierce maintained for over ten years, from 1993 to 2004. So, why will fans not see him in the upcoming reboot? Grammer explains this and gives a big update on the production process.

Why won’t David Hyde Pierce be in the ‘Frasier’ reboot?

Pierce’s filmography is split three ways by film, television, and theatre. Nothing on TV would quite match his 264 episodes on Frasier, but Pierce kept very busy on numerous programs over the years, and that’s before counting his film presence throughout the ’90s. However, Grammer revealed, “David basically decided he wasn’t really interested in repeating the performance of Niles.”

RELATED: Kelsey Grammer Clears Up His Statement That Frasier Is Rich In Reboot

In fact, Pierce already has a TV project he’s tied to. He had a main role in Julia, an HBO Max series all about the life of Julia Child; in it, Pierce played her husband Paul Cushing Child in a main role. He’s also set to appear in the horror film The Georgetown Project as Father Conor; the movie has entered the post-production phase. While Grammer envisioned the Frasier reboot as a chance to get as many familiar faces as possible, he says things actually worked out even with this big hiccup.

In some cases, a full reunion would have been impossible anyway; John Mahoney, who played Frasier’s father Martin Crane, died in 2018, leaving a big hole in many people’s hearts. But regarding a Frasier reboot without Pierce, Grammer says it worked out and even helped them set the proper course. “In a very funny way, it just took us to a new place, which was what we originally wanted to do anyway,” he explained, “which was a Frasier third act. It’s an entirely new life for him.”

In the past, Grammer has said that Frasier will become richer than he ever imagined, later specifying that he meant rich in a social sense, with meaningful friendships and love all around him. “We’ll certainly be responsive about the fact that there was a brother and such,” Grammer assures, regarding the absence of other mainstays like Daphne and Roz. They’ve had a lot of time to think about this; after all, Grammer says they’ve “been working on it honestly for about six or seven years.” Now, it’s at the stage where rehearsals start in February 2023. Will you be watching the upcoming Paramount+ reboot?