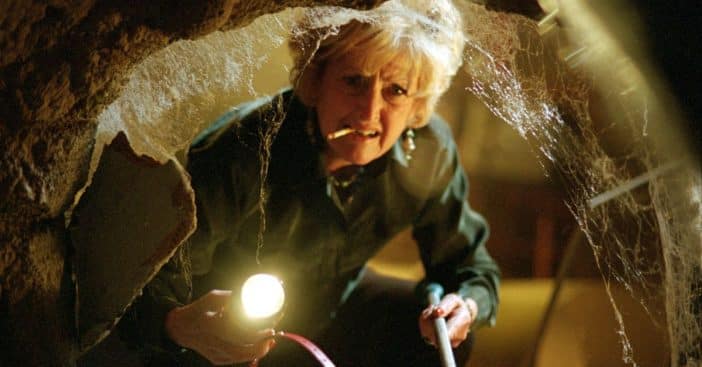 Veteran actor Eileen Ryan has died. She was 94 when she passed away on October 9, 2022, just a week before her 95th birthday, at her Malibu home. Ryan’s representative, Mara Buxbaum, shared a press release on Monday confirming the news.

Ryan was the lynchpin in a large family of actors and entertainers. She was married to actor and director Leo Penn, who predeceased her, and the mother of actors Sean Penn and Chris Penn, and singer Michael Penn. Her own extensive credits include Magnolia, All the King’s Men, and The Twilight Zone.

Eileen Ryan was born on October 16, 1927, in New York. She did not come from an acting background; rather, both her parents were in the medical field. Regardless, she married Leo in 1957. Leo was one of several high-profile actors who were blacklisted during the Red Scare, a detriment to his career that lasted from the ’40s to the ’50s. It was in her native New York that the two met while rehearsing for The Iceman Cometh.

Together, the couple first had son Michael, whose 1989 single “No Myth” would become one of the top-performing songs in the U.S. The couple also had Sean, who would become a two-time Academy Award winner. Then came future character actor Chris, known for playing tough guys and villains, culminating in his voice acting for the video game Grand Theft Auto: San Andreas and performance in Starsky & Hutch.

Ryan is an acting veteran

Ryan’s acting career began in ’55. She would populate her resume with films and television shows alike, with some slight favoring towards TV. Credits include Bonanza, Outlaws, and Little House on the Prairie. The latter would become something of a family affair, as Leo served as a director for the historical drama; it also marked the start of Sean’s acting career. She’s also worked opposite Howard Duff in The Twilight Zone.

By time of writing, there have been no confirmed details about the cause of Ryan’s death. However, she was regarded as a powerhouse by those who knew her. In 2006, Sean called her a “lioness,” adding, “Boy, she could dress down those authority figures. She was unintimidatable.” Ryan is survived by her three sons. Rest in peace, a fierce and legendary powerhouse.

RELATED: ‘F Troop’ Star Larry Storch Has Died At The Age Of 99

Click for next Article
Previous article: Clint Eastwood’s 8 Kids Are All Grown Up And Thriving
Next Post: Sharon Osbourne Makes Bold Claim About Meghan Markle