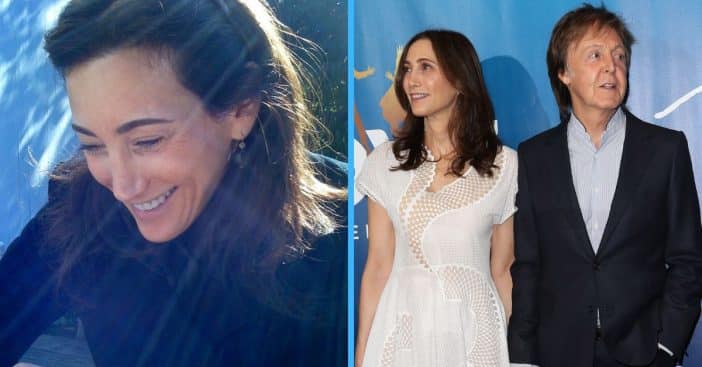 An artist often needs a muse, someone that keeps the world spinning. When he’s not busy with the music, Paul McCartney is a family man, father of five, and husband of Nancy Shevell. But just who is Shevell, and what does her own exceptional career look like, that stands as its own kind of success?

The Beatles frontman has been married in the past. He and Jane Asher had been partners but McCartney’s first official marriage was to photographer, musician, and advocate Linda Eastman, who he wed in 1969. Sadly, Eastman died in ‘98. The couple had four children together. From 2002 to 2008, McCartney was married to businesswoman and model Heather Mills; the two had a child together and their separation was not cordial but rife with tension. Finally came Shevell.

Nancy Shevell is a New York native, originally born in New Jersey, and cousin of famous broadcast journalist Barbara Walters. Her education is varied, as she studied at Arizona State University. But she found steady work with the New York Metropolitan Transportation Authority as a board member. She also worked with New England Motor Freight as vice president of the family-run transportation business. She would show an easy aptitude for business throughout her career, an entrepreneurial foil to McCartney’s steady bass and songwriting skills for the Beatles.

It was November 2007 when she and McCartney started dating. The actual details of their first meeting vary, but it seems they met because they both owned property in the Hamptons and it was Walters who helped make sure they crossed paths thanks to her famous dinner parties catered to McCartney’s guest taste. McCartney is famously private about his personal life and has voiced his grievances in the past when the media passes judgment on his relationships, saying, “[the British public] didn’t like me giving up on Jane Asher … I married [Linda], a New York divorcee with a child, and at the time they didn’t like that.” But by 2011, there was no hiding that these two were sweethearts set to tie the knot, which they did on October 9. It was a civil ceremony in London’s Marylebone Town Hall.

A glimpse into their romance

Walters had revealed that Shevell shares McCartney’s preference for privacy; both of them don’t “like a big social life.” But they’ve been a part of each other’s lives for years, with Shevell attending concerts and singing Beatles songs. After they tied the knot, they celebrated with a honeymoon at a Caribbean resort called The Firefly.

Shevell has used her business experience to start a resource center in New York, a cause that is very personal to her as a breast cancer survivor. There is a 17-year age gap between her and McCartney, so while today he is 80, she would be around 63. A Valentine’s Day post by McCartney included a photo of Shevell and the caption, “Swing and sway on Valentine’s Day,” signed off with a heart.

RELATED: George Harrison Did Not Like Paul McCartney’s Solo Music

Click for next Article
Previous article: At 82, Katharine Ross From ‘The Graduate’ Acted With Her Sweetheart In Three Films
Next Post: Check Out This Historic Graceland Path, A Glimpse Into Elvis Presley’s Life