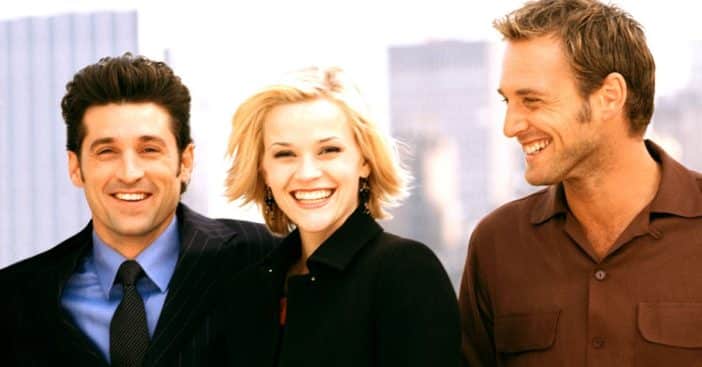 It was in 2002 that the world was introduced to Melanie Smooter, played by Reese Witherspoon, in Sweet Home Alabama, a fantastical romantic comedy about remembering what makes a place home. It sparked all sorts of opinions from viewers, from dismissive to affectionate, but there’s no taking away the multiple awards and nominations to its name. That’s why Witherspoon is celebrating the 20th anniversary of Sweet Home Alabama in the best way.

Earlier this week, Witherspoon took to Instagram to share a video featuring some of the most iconic moments from the film. The preview image is a mug shot before it launches into the scene of Melanie when she’s young and talking to Jake Perry. That scene comes full circle at the end, enjoying the same prominence the film still gets today.

“20 years ago Sweet Home Alabama came out and completely changed my life,” Witherspoon shared in the caption of her post. “Incredible memories of shooting this movie with these amazing actors—Josh, Patrick, Dakota, Melanie, Jean, Ethan, Mary Kay, Fred, and Candace, of course!” Dakota played the younger version of Witherspoon’s character who famously asked Jake, first played by Curtis, why he wanted to marry her. That line then went to Witherspoon to Josh Lucas.

Her post continues, “So many great scenes and my favorite line… ‘So I can kiss you anytime I want,'” before going on to ask her 28.3 million followers, “Do you remember seeing it for the first time?” The comments were soon after flooded with people singing praise for Sweet Home Alabama just in time for its 20th anniversary.

The legacy of a celebrated movie

“Mixed to average” defines the critical reviews on the many movie rating forums available today. But that seems at odds with the box office success it became when the numbers came in, and with the enduring affection it receives. Additionally, it is forever tied to its inspiration, the 1974 Lynyrd Skynyrd song of the same name, which itself was a response to a Neil Young number from ’70. Peaking on the Billboard Hot 100 chart at No. 8, it was the band’s highest-charting single.

It has even received recognition from GLAAD with a GLAAD Media Award nomination for Outstanding Film — Wide Release. The organization celebrates the respectful inclusion of LGBT+ people in film and Sweet Home Alabama was named for the character of Bobby Ray, a closeted gay man who keeps Melanie in check.

Do you remember when you first saw Sweet Home Alabama?

Click for next Article
Previous article: Kelly Ripa’s Husband Mark Consuelos Knew She Was Going Through Menopause Before She Did
Next Post: Olivia Newton-John’s Team Responds To Emmys In Memoriam Snub