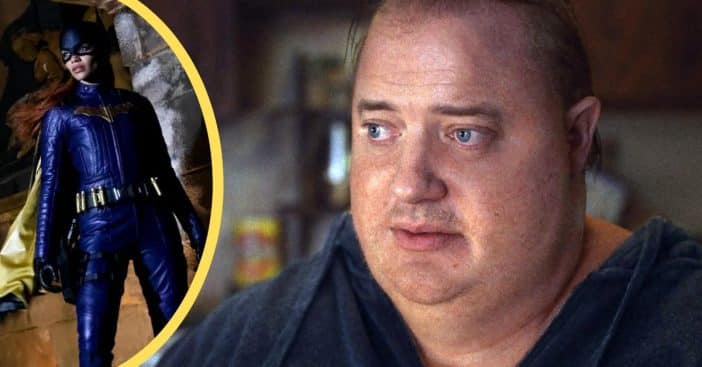 Brendan Fraser was set to play the villain of the now-scrapped Batgirl movie, just part of his bigger return to the spotlight in tandem with the drama The Whale. Fans would not get to see his take on Firefly, or Leslie Grace as Barbara Gordon, as Warner Bros. Discovery scrapped the project, even after already sinking millions into it.

Those directly involved in the project such as directors Adil El Arbi and Bilall Fallah, have mourned the decision, and those encouraged to see Fraser get more opportunities were disappointed on his behalf. The actors too have sunk in time and energy into this project and Fraser is opening up about his feelings on the matter. He has discussed the way its cancellation is contrary to what fans wanted and what this has taught him – and other film companies – about sinking resources into a project that could get thrown out.

Brendan Fraser opens up about ‘Batgirl’ cancellation reactions and lessons

“The fans really wanted to see this film made,” Fraser said of Batgirl after news broke of its cancellation by Warner Bros. Leslie Grace is a dynamo.” The film was destined for the streaming service HBO Max as part of the DC Extended Universe (DCEU). In a similar vein, many Marvel Cinematic Universe projects land on Disney+ such as the shows Loki and She-Hulk. Dropping movies exclusively on a streaming partner for a comic book franchise, however, seems to be a bit of a different beast.

“The movie was shot and conceived for a smaller screen,” Frasher continued. “In this age that we’ve come out of now between streaming service versus theatrical release, it wound up being the canary in the coal mine. What did we learn from this? Work with trusted filmmakers, like Darren.”

What else is happening for Fraser outside the ‘Batgirl’ cancellation

Brief look at Firefly in action on the Batgirl set. from DCEUleaks

While some Reddit users did have glimpses of Fraser ready to turn up the heat as Firefly, Batman and Batgirl fans won’t get to see any other footage anytime soon – if at all. “The guys from Warners told us it was not a talent problem from our part or the actress, or even the quality of the movie,” El Arbi revealed, also explaining that they had been alerted to the movie’s cancellation while in the middle of editing. “They told us it was a strategic change. There was new management, and they wanted to save some money.” To save that money, no footage could see the light of day. The filmmaking duo had planned on recording some footage they’d captured secondhand on their cellphones, like taking a video of a video, but when they went to do so, they’d been blocked from the production’s servers. That also means missing out on a Michael Keaton return.

Individuals involved in Batgirl received an outpouring of support after its sudden cancellation, from the directors to Fraser and Grace. Fortunately for Fraser, he is still enjoying excitement from The Whale, directed by Darren Aronofsky. The film’s premiere earned Fraser a standing ovation, which itself inspired tears from the actor who had a rocky time after his success from The Mummy trilogy.

Do you hope Batgirl gets a chance to be released in the future?