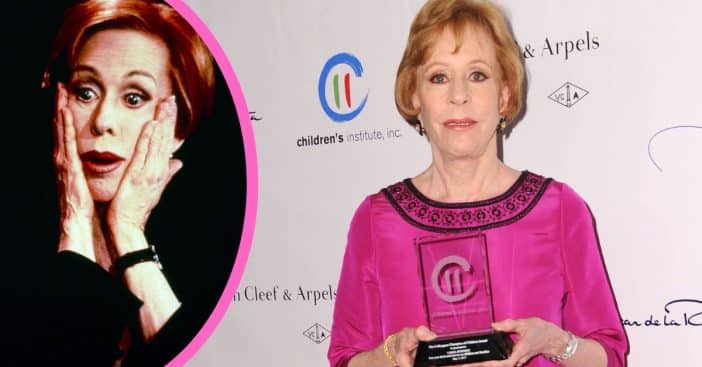 On Monday, Carol Burnett became a topic of great interest that started trending on Twitter. Unfortunately, with Burnett now 89, and in the wake of so many beloved celebrities passing away, fans of the groundbreaking comedian feared she was trending because she had died. This, in turn, kept the spotlight on her name and sparked further concern.

Fortunately, the initial reason Burnett’s name came up so much was a cause for celebration rather than mourning. It was on Monday afternoon that the Saturday Night Live Twitter account asked fans who they would like to see hosting the show. Fans understandably proposed giving Burnett the responsibility, sparking some fun discussions but also no shortage of fear for those who saw her name and no context.

let us know in the replies! ⬇️ pic.twitter.com/i59OrnwngK

It was Monday afternoon that the SNL Twitter page shared a graphic asking, “Who do you want to host SNL?” The caption further bid, “let us know in the replies!” There were a lot of proposals, from Steve Martin to Mariska Hargitay. With a reply shared onto his own page, comedian Patton Oswalt chimed in, “Guys, Carol Burnett. Come ON. Please?” His post actually gained more likes and retweets than the original SNL survey.

RELATED: WATCH: When Carol Burnett Teamed Up With Dolly Parton, Everyone Was Rolling With Laughter

In the comments, people very avidly supported this idea. Some did note, though, “I’d love to see her host but, man, that’s such a grind of a week for anyone let alone an 89 year old.” But another pointed out that Betty White hosted when she herself was 88, making her the oldest person so far to host SNL. Another user appreciated Oswalt suggested a comedy veteran, adding, “Carol being an absolute comedic genius should help.” A nostalgic user echoed this sentiment, saying, “I spent so much time watching her show with my mother. Yes, please!” More comments flooded in outside of Oswalt’s post suggesting Burnett, calling her assignment as host “long overdue.”

Supporting Carol Burnett made her trend, which had other fans worried

For those who had not seen the traction Burnett was getting on that SNL post, seeing her trending on Twitter seemed like a cause for concern. One user said as much, posting, “Carol Burnett was trending and y’all scared the hell outta me.” Once the worry died down, the user was able to add, “They just want her to host SNL. How in the world has this comedic genius not been given this platform.”

Another wrote, “Seeing Carol Burnett trending and it’s because people want her to host SNL. Shew. Was going to have a bit of a sad moment there.” Fortunately, fans probably don’t have to face a different kind of sad moment: Burnett turning down such an invitation. In a 2016 interview with Larry King, she was asked if she would ever want to host the show. “If I was asked,” she confirmed. In terms of health, it seems the most extensive surgery Burnett has had was corrective dental surgery to address an overbite from a weak chin. Hopefully, things stay positive and we get to see a new oldest SNL host soon!

Click for next Article
Previous article: Lisa Marie Presley Opens Up About Grief Two Years After The Death Of Her Son
Next Post: Entitled Sons Destroy Dad’s Cars With Hammer After He ‘Refused to Share’ $3.6 Million Lottery Win