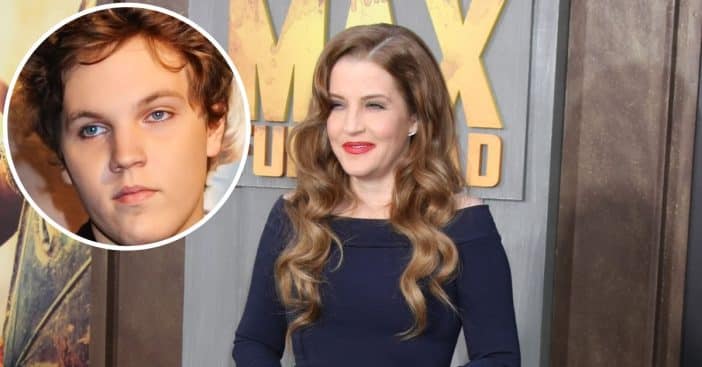 For a while, Lisa Marie Presley withdrew her online presence after the death of her son, Benjamin Keough, and broke the silence pledge for the first time when her late father’s biopic, Elvis, was released. Recently, she penned an open letter about the trauma of losing a child and wrote extensively on grief. She ensured the message was passed across on National Grief Awareness Day and hoped to stir people to talk more about their pain. “I’m saying all this, on this particular day, “National Grief Awareness Day,” in the hopes that I can help raise some awareness on grief and loss,” the letter reads.

The King’s daughter says though she experienced the painful loss of her father, Elvis Presley when she was nine, she isn’t as doleful as she is with her son’s death. “I’ve dealt with death, grief and loss since the age of nine years old. I’ve had more than anyone’s fair share of it in my lifetime and somehow, I’ve made it this far. But this one, the death of my beautiful, beautiful son? The sweetest and most incredible being that I have ever had the privilege of knowing, who made me feel so honored every single day to be his mother? Who was so much like his grandfather on so many levels that he actually scared me? Which made me worry about him even more than I naturally would have? No. Just no … no no no no …,” she writes.

Never could have thought it would happen to her

Lisa bared her heart and became honest about how she never thought she could ever be in such a situation. Before his death, whenever she came across parents who lost their children, she would abandon them because they stood for what she feared the most. Sadly, the last two years (Benjamin died by suicide in 2020) have opened her eyes to view life from a different dynamic.

“If I’m being honest, I can understand why people may want to avoid you once a terrible tragedy has struck. Especially a parent losing their child because it is truly your worst nightmare. I can recall a couple of times in my life where I knew parents who lost their child and while I could be there for them when it happened, I avoided them after and never bothered to follow up with them because they quite literally became a representative of my biggest fear. I also low-key judged them, and I swore I’d never do whatever it was that I felt they either did or neglected in their parental actions and choices with their child,” she says.

Lisa has accepted that life isn’t always fair; however, she wants people to change the status quo. She hopes people can be there for those grieving because the sorrow never really leaves. “Grief is incredibly lonely. Despite people coming in the heat of the moment to be there for you right after the loss takes place, they soon disappear and go on with their own lives and they kind of expect for you to do the same, especially after some time has passed. This includes “family” as well. If you’re incredibly lucky, less than a handful will remain in contact with you after the first month or so. Unfortunately, that is a cold hard truth for most,” she says.

“So, if you know someone who lost a loved one, regardless of how long it’s been, please call them to see how they are doing. Go visit them, they will really really appreciate it, more than you know …,” Lisa encourages.

The blame that comes with losing a child

Additionally, she understands that not everyone can relate to the bereaved’s agony, but she wants anyone who has lost a loved one to connect with others in the same situation. She claims this helps her a lot, “I already battle with and beat myself up tirelessly and chronically, blaming myself every single day, and that’s hard enough to now live with, but others will judge and blame you too, even secretly or behind your back which is even more cruel and painful on top of everything else. This is where finding others who have experienced a similar loss can be the only way to go. Support groups that have your specific kind of loss in common. I go to them, and I hold them for other bereaved parents at my home. Nothing, absolutely NOTHING  takes away the pain, but finding support can sometimes help you feel a little bit less alone.”

Click for next Article
Previous article: Paulina Porizkova Strips Down To Call Out Objectification Of Women
Next Post: Carol Burnett Trending On Twitter Sparked Fears Of The Worst For Fans