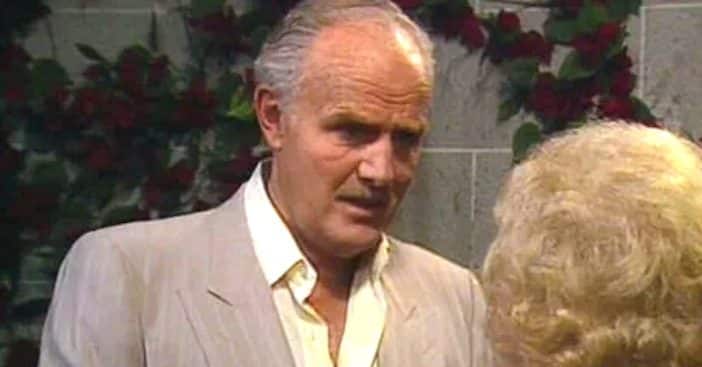 Richard Roat has died. He was 89 when he passed away on August 5 in Orange County, California. News of his passing comes from his family, though by time of writing there has been no confirmation about a cause of death, but his obituary says it was sudden.

Roat was a character actor who was known for appearing in Cheers, Friends, Dallas, Happy Days, and many more. In fact, his filmography includes over 130 credits – and before there was Chandler Bing, there was Dr. Jerry Chandler on NBC’s The Doctors, played by Roat for over 170 episodes.

The far-reaching career of Richard Roat

Roat was born on July 3, 1933, in Hartford, Connecticut. Roles trickled in once his career began in earnest, but the momentum built quickly. He was in The Golden Girls twice, with one role putting him as the boyfriend to Betty White’s character. IMDb sums up his resume as including just about every show since Car 54 Where Are You? and going forward from there.

He was also a vital part in kicking off The Doctors, appearing right away in its premiere season; the show went on from 1963 to 1982. After Roat himself left, he moved right along to a guest starring role in The Fugitive. He also had a role in Seinfeld in 1998. Roat also acted alongside David Schwimmer in an arc involving Ross’s dating life.

Celebrating the man behind the characters

Along the way, around the ’80s, Roat married Kathy, who his obituary describes as “his true soulmate.” In fact, the two had recently celebrated their 40th wedding anniversary. Roat’s presence was also felt on the stages of Broadway, and after his final project, which was an episode of 24 from 2009, he had time to focus on the entertainment tax preparer practice he’d managed for decades.

In his personal life, Roat was described as the “biggest fan” of the Lakers and Angels. In addition to sports, he enjoyed playing the violin and reading. Roat has also been called “the most supportive friend a person in the entertainment industry could ever have.” Rest in peace, a true character.

Click for next Article
Previous article: The Truth Behind Lucille Ball Being Labeled A Communist By The Government
Next Post: Bed Bath & Beyond Closing 150 Stores Amid Inflation And Supply Chain Troubles