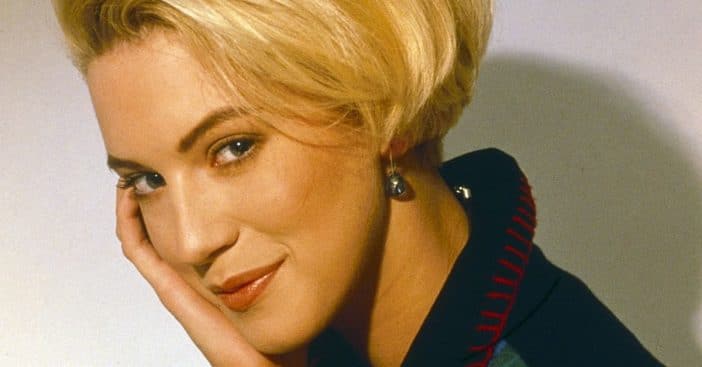 Actor Robyn Griggs has passed away. She was 49 when she died on August 13 after battling cervical cancer for two years. A friend who manages her social media account shared the news on Facebook last Saturday.

Though her filmography has a variety of genres split between television and film, Griggs is known for her prominent roles in soap operas. Most notably, her credits include Stephanie Hobart in One Life to Live, and Maggie Cory in Another World.

Back in 2020, Griggs announced that she had stage IV cervical cancer. Over time, Griggs herself had outlined to fans that she had four tumors, including “two new tumors on my liver, one on abdominal muscle and [a] large one on [the] right side lymph node.” Last Thursday, Griggs’ father announced that the actor would be entering hospice care “today or tomorrow.” Sadly, on Saturday, a friend shared an update confirming that Griggs had died. “With a heavy heart, I am saddened to announce Robyn’s passing,” she announced.

“However, she is no longer suffering and would want us to remember that and the good memories,” she added. “I will never forget how open she was to telling her story, and accepting of me helping her tell it. She wanted to help people and spread the word of her story to do it. I was honored to do so. RIP my friend, I love you and smile when I think of you.”

Robyn Griggs was born in Tunkhannock, Pennsylvania on April 30, 1973. She started as a child actor on Nickelodeon’s Rated K. She continued working on and off in the industry, staying for six episodes of One Life to Live in the early ’90s. 21 episodes of Another World came the following year. She has also been in independent projects such as the 2003 film Zombiegeddon.

As of the evening of August 14, there have been no memorial services shared. Griggs famously documented her struggles with cancer; Griggs was transparent in her updates to fans and accepted help from loved ones when offered. This is the third former cast member Another World has lost recently, following the death of Ray Liotta on May 26, and Anne Heche on August 12.

RELATED: Marnie Schulenburg Of ‘As The World Turns’ & ‘One Life To Live’ Dies At 37

Click for next Article
Previous article: Robin Williams’ Children Pay Tribute To Their Dad On The 8th Anniversary Of His Death
Next Post: Ellen DeGeneres Mourns Ex Anne Heche’s Death At Age 53