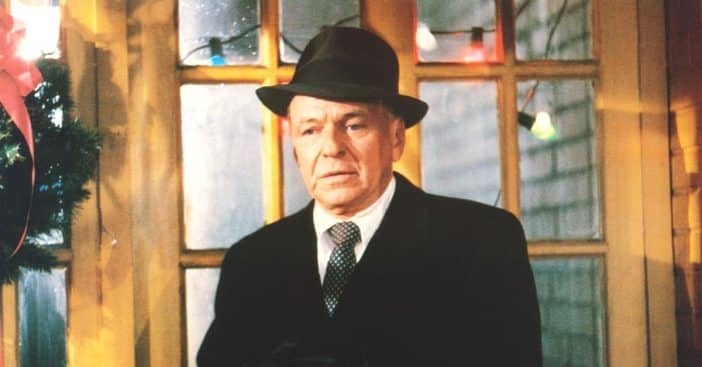 If it weren’t for Frank Sinatra’s grandmother, the world may have never been blessed with the blue-eyed crooner. Frank was born on Dec. 12, 1915, in his parent’s kitchen. He was 13 and a half pounds when he was born and due to his size, the doctor had trouble removing Frank from his mother.

The doctor thought that Frank wouldn’t survive, so he began focusing on the mother. He had to use forceps to make the birth easier, which ripped Frank’s cheek, neck, and ear. According to the late star’s website, “His eardrum was punctured during the birth. He was not breathing and the mother was not in good condition. The doctor focused on mother thinking that the boy would not survive.”

Frank Sinatra almost died at birth if not for his grandmother

It continued, “When Sinatra’s grandmother noticed that he wasn’t breathing, she held the baby under cold water till he started breathing. And this is how Sinatra survived that birth. If his grandmother weren’t there, there would probably be no Frank Sinatra in the history. This, of course, would be painful for Frank Sinatra to think of as he got older and became more aware of what happened.”

Frank used the fact that he almost didn’t have a life to create a great one. It was his driving force in his career, which included singing and acting. His fourth wife Barbara once described Frank as “the person who’d defied the odds from his near-fatal birth and lived and every day as if it were his last.”

Did you know that Frank Sinatra almost died at birth? It is unfathomable to think that we almost never got to hear his music or see his films.

RELATED: Frank Sinatra On The Song That Played A Significant Role In His Career: “A Piece Of S–t”