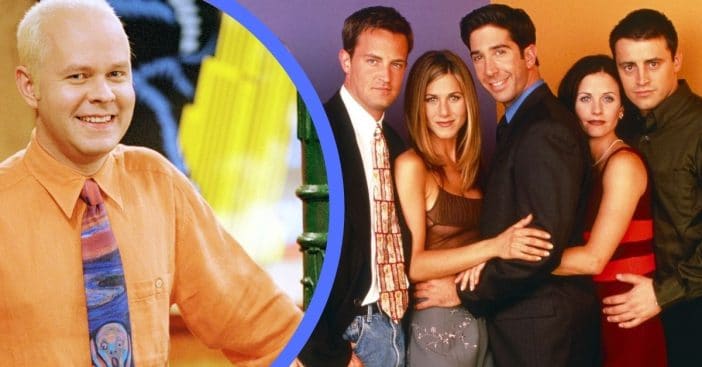 It has been reported that actor James Michael Tyler has died. The cause of death has been attributed to prostate cancer. Tyler, known for playing Gunther on the sitcom Friends, was 59 when he passed away on Sunday.

A statement from his manager, Toni Benson, reveals he passed peacefully in the morning at his Los Angeles home. Of Tyler, the statement also summarized, “If you met him once you made a friend for life.” Tyler had been diagnosed with prostate cancer back in 2018.

James Michael Tyler has passed away

Actor James Michael Tyler battled stage-four prostate cancer since an advanced diagnosis back in 2018. He immediately began undergoing treatment. However, the disease spread to his bones. Both before Tyler knew what he was facing, and after, he adamantly wanted to continue working. Leading up to the reveal of his diagnosis, he appeared in a virtual Friends reunion special hosted by HBO Max. The event itself aired in May of 2021.

“I wanted to be a part of that,” Tyler explained of his decision to participate, even if not in-person, “and initially I was going to be on the stage, at least, with them, and be able to take part in all the festivities. It was bittersweet, honestly. I was very happy to be included. It was my decision not to be a part of that physically and make an appearance on Zoom, basically, because I didn’t wanna bring a downer on it, you know? I didn’t want to be like, ‘Oh, and by the way, Gunther has cancer.'”

Warner Bros. Television mourns the loss of James Michael Tyler, a beloved actor and integral part of our FRIENDS family. Our thoughts are with his family, friends, colleagues and fans. ❤️☕️ pic.twitter.com/9coGnT5BHz

Born on May 28, 1962, James Michael Tyler’s filmography spans film, television, and even music videos. He starred on Friends as Gunther from 1994 to 2004, the show’s entire runtime. With 148 of 236 episodes under his belt, Tyler’s Gunther made the most appearances of any recurring character in the sitcom. The official Twitter page for Friends mourned the passing of Tyler as “a beloved actor and integral part of our FRIENDS family.”

While he was not considered one of the core main titular friends, Tyler was, according to Benson, always ready to be one to anyone in need, even when he himself was in need.

“Wanting to help as many people as possible, he bravely shared his story and became a campaigner for those with a prostate to get a… blood test as early as 40-years-old,” shared his manager. Benson further summed up, “The world knew him as Gunther (the seventh Friend)… but Michael’s loved ones knew him as an actor, musician, cancer-awareness advocate, and loving husband.” Tyler is survived by his wife, Jennifer Carno, who he married back in 2017.

Click for next Article
Previous article: Lori Loughlin And Mossimo Giannulli Ask For Permission To Go To Mexico
Next Post: Marilyn Monroe Was Almost Princess Of Monaco Instead Of Grace Kelly, Wife Of Prince Rainier